The 6th Brunei Film Blitz jury comprising award-winning Australian filmmaker and film festival organiser Elliot Spencer and Malaysian-based producer and director Lydia Lau said they were “impressed by the high standard and diversity of productions and the filmmakers’ ambition in their innovative expression. These short films spark creative freedom that inspires”.

They said this at the Gala Award ceremony held at Mahakarya Institute of the Arts Asia last Saturday.

Local filmmakers Asyraaf Abdullah and Adin Saifulbahri both won their respective categories in the Brunei Film Blitz. Asyraaf’s film Kipas was the open category winner netting BND1,000 while Adin’s film You, I, Me was the 96-Hour Blitz winner taking home BND1,500.

Over 20 filmmakers submitted films from various parts of Southeast Asia including neighbouring Indonesia and Malaysia.

The awards were presented by Festival Director Siti Kamaluddin, who also presented an Honourable Mention award to Adin Saifulbahri for his film Leka as well as a Jury award to animation filmmaker Rabiatul Adawiyah binti Misle for her film Jungle.

“The vivid colour palette of the animated world was unique and bold. The filmmaker’s personal touch was evident in each highly-crafted frame,” Lau said. 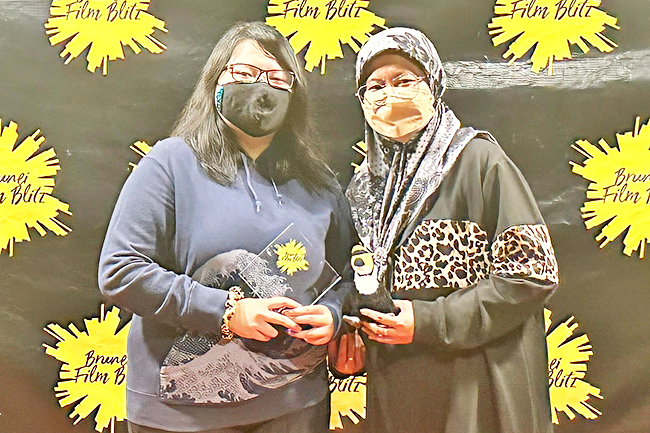 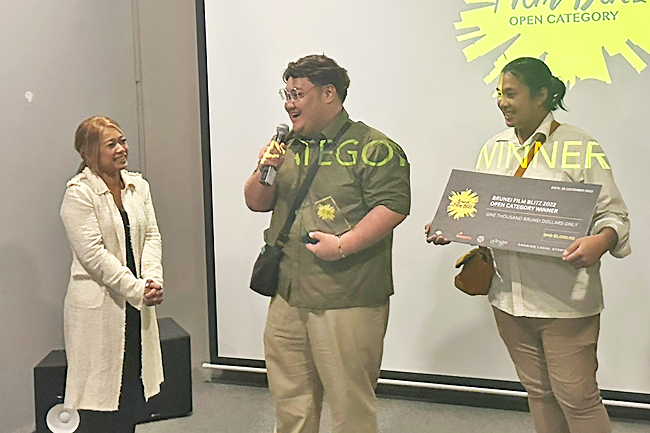 On Kipas, meanwhile, Spencer said, “The natural style of the director and the competent visuals made Kipas a memorable film. It avoided clichés common to the genre delivering its horror through its measured delivery of subtext and subtle chilling clues.”

Siti Kamaluddin wrapped up the evening highlighting the improvement of local filmmakers in the past six years.

“We challenged participants to use a long-shot artistically while demonstrating technical competence and they delivered. It is a big step forward for the Brunei film industry when its filmmakers are not satisfied with ‘copy and paste’ cinema but rather strive for the best visual story possible,” she said.

The Brunei Film Blitz was held in conjunction with the Brunei December Festival 2022.

This year, 22 films from around the world were screened.

The open categories also welcomed international film entries to raise the quality of the filmmakers in the Sultanate.