Around 32 metric tonnes of frozen white prawns were exported to China on Monday, said the Ministry of Primary Resources and Tourism (MPRT) in a statement.

The initial export via sea aimed at the Chinese market which has a demand of 320 metric tonnes a month, and contained locally produced sea prawn of Litopenaues Vannamei species by Golden Corporation Sdn Bhd.

The improved performance enabled one local aquaculture company to produce as much as 3,000 metric tonnes of sea prawn by year 2020, with the production expected to increase by as many as 33 per cent in 2021.

According to MPRT data from the Fisheries Department, the gross output value of aquaculture industry has increased by 223 per cent in 2020 (BND32.4 million), compared to 2015 (BND10 million).

MPRT said that other frozen products of bakara prawn, selungsong fish, kerapu fish are expected to be exported to the People’s Republic of China. 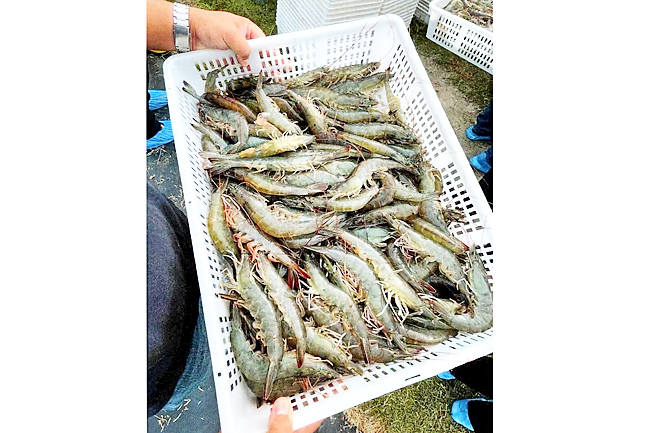