The Intermediate Court yesterday handed a sentence of three years’ jail with two whippings to a local man after he pleaded guilty to charges of extortion.

Mohammad Amirul Azem bin Ibrahim, 35, first extorted BND100 with a threat to a 26-year-old woman employee by claiming that an ice-cream from the shop was found with a cockroach, and he would disseminate it on social media, at 9.15pm on June 4 at Setia Kenangan in Kiulap.

On June 5, the defendant went to see the same woman at the shop and threatened to expose her by claiming that his daughter had to seek medical attention after eating an ice-cream that had a cockroach in it and extorting her for BND150.

At 2.53pm on June 13, the defendant went back to the shop once again and told another woman employee aged 22 that he had spoken to her employer who ordered to pay the defendant BND100.

The employee called her employer who then passed the phone to the defendant. The defendant did not get to talk to the employer as the phone got disconnected.

The defendant then again demanded for the payment and threatened the employee that she would be dismissed from work and managed to extort BND100 from the victim.

DPP Hajah Siti Mu’izzah binti Haji Sabli further revealed in court that the defendant had spent the amount extorted on a night’s stay at a hotel as well as on gambling. 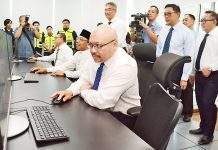 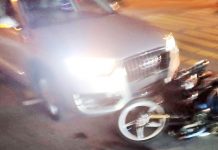 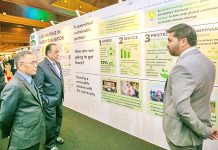