NEW ORLEANS (AP) – Lizzo and Ed Sheeran (AP pic, below) are among the headliners at this year’s New Orleans Jazz & Heritage Festival, which takes place over two weekends beginning April 28.

“This one is special,” Davis told The Associated Press by phone. “We’ve got something for everybody. Don’t just read through the first few names on the list. Read down through it.

There’s some great stuff all over it. If there’s someone scheduled that you haven’t heard of, go to YouTube or Google them. There’s buried treasure in this festival.”

Batiste, a New Orleans-area native and former band leader for The Late Show with Stephen Colbert, is one of many performers with Louisiana roots who will perform. Other New Orleans-anchored acts include Trombone Shorty and Orleans Avenue, the Preservation Hall Jazz Band and the Radiators. 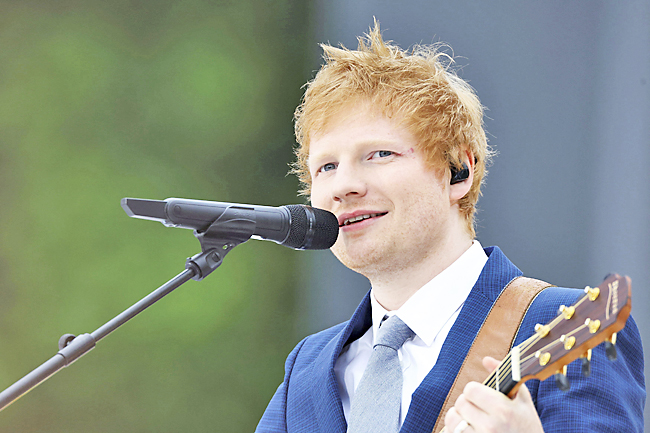 The festival, which features hundreds of acts and draws tens of thousands of visitors daily, unfolds on more than a dozen music stages on the infield and surrounding structures of the historic Fair Grounds horse track. It also features scores of food booths.

“We’re appealing to all ages, tastes and communities with this one,” Davis said. “What festival has Ludacris and Tom Jones on the bill, I ask you? None.”

Asked why the festival attracts such eclectic talent, Davis said its reputation has a lot to do with it.

“These acts hear about us through conversations with other groups who tell them how it was handled, how the audiences are, how their energy feeds into theirs. The managers tell us their artists had the best show ever and the audiences responded. That makes it great for all who go,” he said.