Liverpool star Diaz ruled out until after World Cup

LONDON (AFP) – Liverpool forward Luis Diaz is set to be sidelined until after the World Cup due to a knee injury, according to reports on Monday.

Diaz suffered the injury during the first half of Liverpool’s 3-2 defeat at Arsenal in the Premier League on Sunday.

The 25-year-old Colombian left the Emirates Stadium on crutches with his knee in a brace.

Scans have revealed Diaz does not require surgery, but it has been reported the injury will keep him out until after the World Cup, which starts on November 20.

Diaz will miss at least 10 matches for Jurgen Klopp’s struggling side, who are 14 points behind Premier League leaders Arsenal.

It is another blow for Liverpool. Diaz has emerged as an influential figure since joining from Porto in January.

He will hope to return to action by the time the Premier League resumes in December after the World Cup. 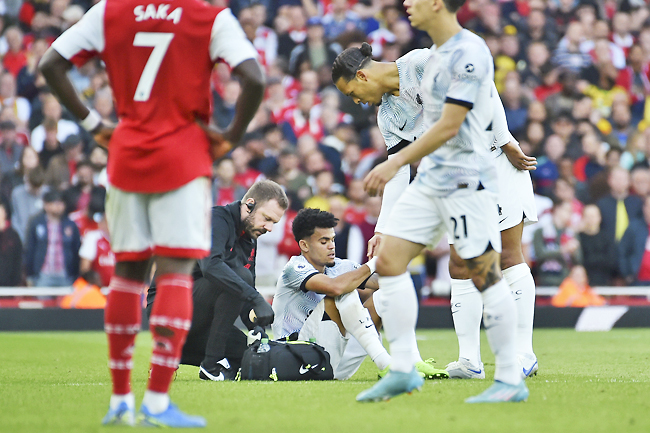