AP – The European tour is weeks away from discovering whether it has the right to issue bans to those members who joined the Saudi-funded LIV Golf league in a development that rocked the world of golf last year.

Rebel players like Lee Westwood, Ian Poulter and Henrik Stenson (AP, pic below) are happy to take what they can from the tour – world ranking points, Ryder Cup qualification points – whether they are welcome on it or not.

The veteran trio will play at the Abu Dhabi Championship this week, with the presence of Stenson the most eye-catching.

It has been six months since the 46-year-old Swede chose LIV Golf over the Ryder Cup.

He hasn’t played on the European tour since – his last non-LIV appearance was at the British Open in July – so he might expect a frosty reception in the warm temperatures forecast at Yas Island Links.

Stenson might not have many more events on the tour that propelled his career.

A British arbitration judge is expected to give his verdict in February on the legal tussle between the European tour and its deserters to LIV Golf. The Desert Swing, which also comprises the Dubai Desert Classic next week, could be one last hurrah. 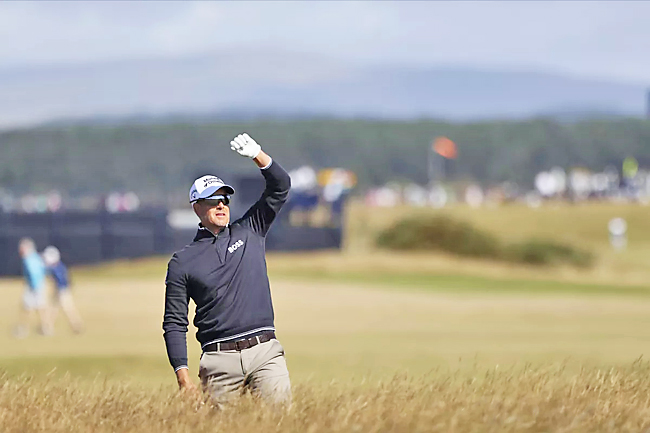 “There’s a couple of key dates in the next few months with what’s going to happen in golf.”

Luke Donald, who replaced Stenson as European Ryder Cup captain, will also be teeing it up in Abu Dhabi for one of the signature Rolex Series events that have prize money of USD9 million.

That would be seen as a huge prize pot if it wasn’t for Saudi-bankrolled LIV Golf offering much, much more – a fact that doesn’t escape Lowry.

Lowry and many others in the field are coming off playing in last week’s Hero Cup at nearby Abu Dhabi Golf Club, where Continental Europe beat Britain and Ireland in an event used by Donald to assess his options eight months out from the Ryder Cup.

Lowry didn’t collect even a half-point, despite feeling he played “all right,” whereas players like Francesco Molinari, Guido Migliozzi, Nicolai Hojgaard and Victor Perez made the short trip to Yas Island Links on the back of playing starring roles for Continental European with three-and-a-half points each from a possible four.

Thomas Pieters, who won last year’s Abu Dhabi Championship, was also on the winning team despite not playing as well as he’d hoped.

“I took away that I wasn’t quite ready,” the Belgian player said. “I should have done maybe a couple more days of practice but it was tough with a new-born. I feel like I’m very ready right now.”