LITTLE ROCK, ARKANSAS (AP) – Frank Scott, Little Rock’s first popularly elected Black mayor, won reelection on Tuesday after a campaign where he was criticised over the homicide rate in Arkansas’ capital and his management of City Hall.

Scott’s reelection bid was one of the few competitive races on the ballot in Arkansas, where Sarah Huckabee Sanders easily won took governor’s race and other Republicans won top matchups.

“Trust and believe, I work for you, and it’s bigger than me. It’s about all of us.”

Scott defeated three challengers in Tuesday’s election, winning the more than 40 per cent of the vote needed to claim victory without a runoff. 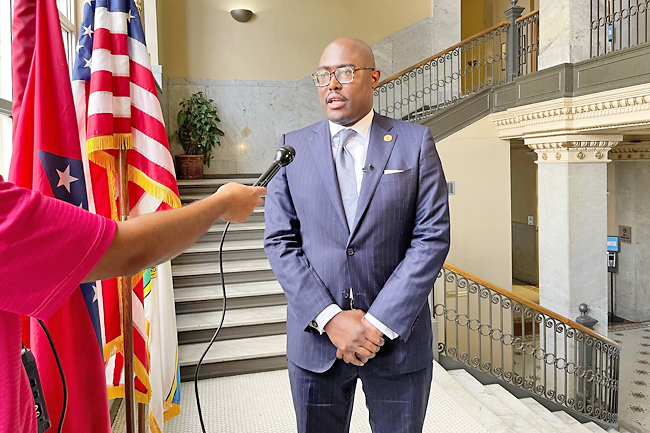 Scott’s chief rival was Steve Landers, a retired car dealer who had repeatedly criticised the mayor over the city’s homicide rate. Little Rock’s homicides hit a record number this year.

“I want the people to understand what’s going on in our city,” Landers told supporters as he conceded the race late on Tuesday night.

“If nothing else, we got that accomplished by letting a lot of people know what is actually happening in our city.”

Scott is running at a time when Republicans are stepping up their rhetoric on crime and trying to portray Democratic mayors as unable to protect their cities.

Other candidates running included a real estate agent and publisher of a food blog Greg Henderson, and Glen Schwarz who has repeatedly run for local office.

Scott, a former state highway commissioner, was first elected mayor in a runoff election in 2018, – a landmark for a city long known for the 1957 desegregation of Little Rock Central High School, when nine Black students were escorted into the school in front of an angry white mob.

Little Rock previously had two Black mayors, but they were elected city directors chosen for the job by fellow board members and not by voters.

The Little Rock mayor’s race is technically nonpartisan, but Scott is a high-profile Democrat who worked for former governor Mike Beebe and endorsed Michael Bloomberg’s unsuccessful bid for the Democratic presidential nomination in 2020.