MILAN (AFP) – Marco Verratti’s return from injury has given new impetus to an Italy side looking increasingly like title contenders at Euro 2020.

The Paris Saint-Germain (PSG) midfielder returned after a six-week knee injury layoff to help the Azzurri make it three wins out of three in the group stage against Wales last weekend.

Next up for Italy is a last-16 game against Austria in Wembley today.

It was a free-kick from Verratti, known as the ‘Little owl’, that set up Matteo Pessina for the only goal against Wales.

The 28-year-old took the captain’s armband when defender Leonardo Bonucci was substituted in the second half, with regular skipper Giorgio Chiellini sitting out the game with a muscular problem.

A delighted Roberto Mancini hugged Verratti as he left the pitch at the Stadio Olimpico, having surpassed expectations by playing the entire match in midfield alongside Jorginho.

“(Verratti) showed that they are all starters,” said coach Mancini, who left in-form midfielder Manuel Locatelli on the bench in favour of the PSG player. 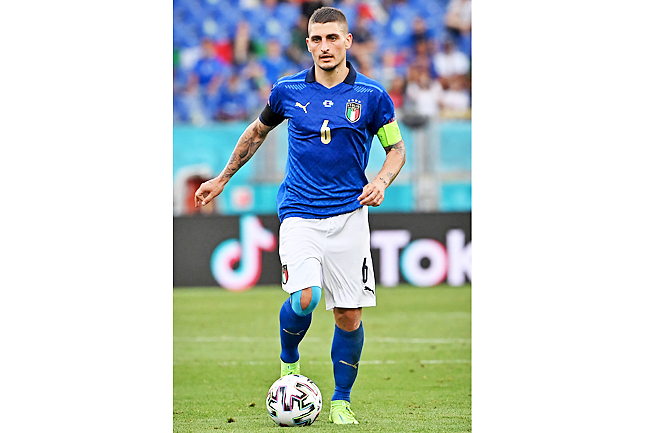