Hundreds gathered in the capital at the Teng Yun Chinese Temple yesterday to offer prayers and witness the lion and dragon dance troupe to mark the beginning of the Lunar New Year of the rabbit, the first Chinese New Year (CNY) celebration after the country entered the endemic phase.

The crowd gathered at Teng Yun Chinese Temple as early as 7am yesterday.

The event was also attended by the temple’s executive committee members and the public who handed over red packets to lion dance performers for good luck.

The Lunar New Year is one of the most important events in the Chinese calendar, where people traditionally seek blessings on the eve and morning of the Lunar New Year before they begin celebrations with their families.

CNY celebrations showcase the nation’s multi-racial community, where people regardless of race convey good wishes to their Chinese friends.

As it is a public holiday in Brunei, local Chinese communities took the opportunity to be with families and host ‘reunion dinners’ on the eve of the Lunar New Year.

After two years of uncertainties brought about by the COVID-19 pandemic, the local Chinese community once again celebrated it in full force with the ease of restrictions in the country. 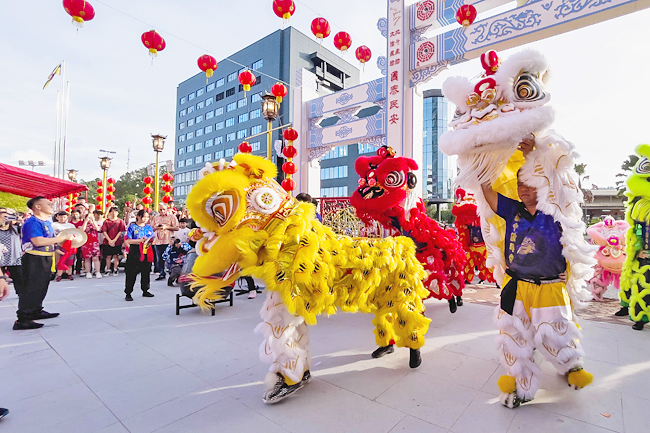 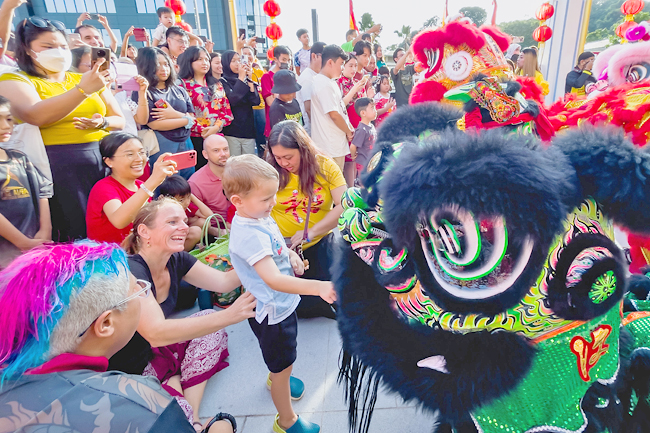