THE WASHINGTON POST – Avni Doshi’s debut novel has cut a slow but inexorable path around the world, dazzling readers in country after country. Girl in White Cotton was first published in 2019 in India, the birthplace of Doshi’s parents. Last year, the novel – retitled Burnt Sugar – was published in the United Kingdom (UK), where it was named a finalist for the Booker Prize. And now, trailing clouds of international praise, it has finally arrived in the United States (US).

Burnt Sugar is a work of extraordinary insight, courage and sophistication. It is also the world’s worst Mother’s Day present.

“I would be lying if I said my mother’s misery has never given me pleasure,” the narrator begins. “The sympathy she elicits in others gives rise to something acrid in me.” This is a family tragedy laced with equal parts wit and strychnine.

The narrator is an Indian artist named Antara, whose mother is presenting symptoms of Alzheimer’s. The doctors offer only a dose of vague hope; there is no concrete diagnosis and certainly no cure. Hovering in the dusk of competency, Antara’s mother still manages to live alone, but increasingly she wanders, forgets where she is and what she’s doing. As her only child, Antara embraces the responsibility of caring for her with a determination threaded with resentment and even bouts of suspicion.

“It seems to me now that this forgetting is convenient, that she doesn’t want to remember the things she has said and done,” Antara tells us. “It feels unfair that she can put away the past from her mind while I’m brimming with it all the time. I fill papers, drawers, entire rooms with records, notes, thoughts, while she grows foggier with each passing day.” 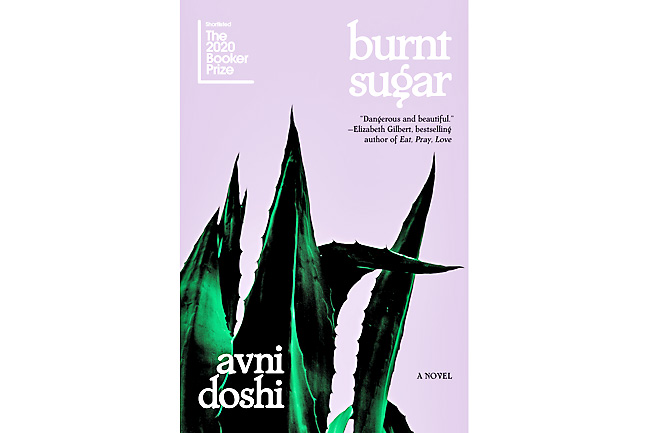 This situation, difficult under the best circumstances, is rendered excruciating by the tense nature of Antara’s relationship with her parents. In the narrative that unfolds through gentle shifts between present to past, we learn of the early collapse of their respectable family. “Ma always ran from anything that felt like oppression,” Antara said. “Marriage, diets, medical diagnoses.”

The disorienting period of neglect and even more perilous ordeals later have left Antara craving her mother’s attention while hating her. Such is the unbearable situation created in a culture quick to judge, to expel and especially to circumscribe the lives of women.

There’s no doubt that Antara’s mother can be unspeakably cruel. “I always knew having you would ruin my life,” she said one day, but Antara’s willingness to accept those blows and remain devoted to her mother is motivated by an amalgam of adoration and rancor.

“I love her to death,” she said ominously. “I understood how deeply connected we were, and how her destruction would irrevocably lead to my own.” That connection – beyond all reason and affection – leads Antara to imagine, “Together, we will find redemption.”

Doshi, who was born in New Jersey and now lives in Dubai, pursues this psychological dependency to depths few writers would be brave enough to fathom. The artistic narrator she has imagined suffers – or benefits – from sensory sensitivity as acute as her emotional sensitivity. Antara’s obsessive attention leads her to maintain a vast flowchart of her mother’s bodily functions, which both repulse and fascinate her, which was my reaction, too. This is a novel stained with all manner of fluids, excretions and smells, and the narrator fights an almost constant sense of nausea. But if Burnt Sugar is often as unpleasant as a sinus infection, it’s just as hard to shake off.

Between intimate confessions about her mother and their past, the story explores Antara’s perfunctory marriage to a polite man who’s basically starving her with pleasantness. “He says,” Antara notes, “it must be tiring to be me.” It is, but that weariness is exacerbated by her husband’s sterile equilibrium. His interest in her troubles with her mother extends no further than offering irritatingly bland observations. “Being around her is very stressful for you,” he said. “To be honest, I wonder if you’ll make her worse or better.” He’s horrid, except that he’s nice and willing to stay yoked to this woman bristling with anxieties, loathings and yearnings.

Antara’s effort to recover lost memories and squandered affections develops into a multilayered, wholly consuming act of reclamation. It’s a struggle that runs parallel with her work as an artist. Antara’s most significant production is an endless series of portraits of the same face sketched hastily, day after day, month after month, a record of emotional dedication and visual drift. It’s yet another demonstration of Doshi’s skill that this work of art functions so evocatively both as a symbol in the novel and a linchpin to its disturbing plot.

The new title is so much more effective than Girl in White Cotton. Burnt Sugar perfectly captures this story’s complex flavour, the taste of something sweet transformed into something deep and melancholy.

I don’t mean to scare you away; only to make sure you know what you’re getting into. This is, among other things, a challenging interrogation of the presumption that a book’s protagonist should be likable. Where can our sympathies find purchase with this woman who is devoted to her mother and yet filled with rage toward her? Our simultaneous revulsion and attraction stems, I suspect, from the nagging suspicion that Antara is dragging us toward a species of candor that’s terrifying.