Life after is more important

KUMAMOTO, JAPAN (AFP) – Inside Koichi Miyatsu’s blue, child-sized backpack are neatly folded print sweatshirts and a pair of white sneakers – all he has from before he was left at Japan’s only “baby hatch”.

He was only a toddler when he was placed in the hatch at a hospital in southern Japan’s Kumamoto, where children can be left anonymously by desperate family.

“These are some of the clothes I was wearing when I was left there,” 18-year-old Miyatsu told AFP.

“They are the oldest memories I have of my childhood… so I’ve treasured them ever since.”

This year, Miyatsu became the first person to speak publicly in Japan about being abandoned in the hatch, which first opened in 2007, modelled on a German programme.

His comments have rekindled debate about a scheme described by supporters as a last resort for marginalised women but criticised by opponents as encouraging the abandonment of children.

For Miyatsu, though, there is no question.

“The day I was left there was the day a new chapter of my life began,” the university freshman said.

“I owe what I am today to the baby hatch.” 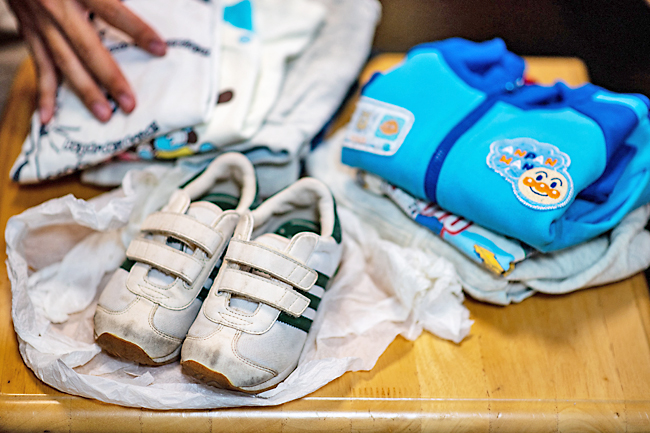 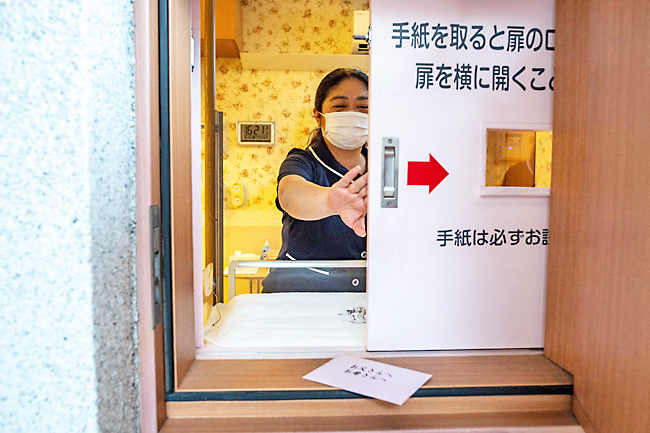 Jikei Hospital in Kumamoto launched the programme to provide an alternative for those struggling to parent and unable or unwilling to seek formal solutions like giving children up for care.

They argue it can prevent the abuse and even death of children, and in 15 years, 161 babies and toddlers have been left with them.

Soon after Miyatsu was found sitting uncomprehendingly in the hatch, he was taken in by Yoshimitsu and Midori Miyatsu in rural Kumamoto.

Parents of five biological children, the couple have also fostered over 30 others and didn’t hesitate to take in Miyatsu.

“I thought an angel was sent our way,” Yoshimitsu, 65, said recalling Miyatsu’s arrival.

The pair have long supported Jikei’s programme, having witnessed the troubled circumstances of other foster children, including broken families, delinquency, homelessness and unexpected pregnancies.

“Once a heavily pregnant girl with practically no money sought our help on a freezing December day… so we knew there were kids out there who would need this kind of place,” said Midori, 63.

Miyatsu was among the first children left at the hatch, and he was found with nothing indicating his name, age or birthplace.

“I have no recollection of the moment when I was dropped off… but the image of the hatch’s door is seared into a corner of my brain,” he said.

Around a year after he was left, he saw a photo of the hatch in a newspaper, Midori said.

“He told us, ‘I was there once.’ That’s when we knew that he remembered.”

He was given a name by a local official, and his age was established by DNA testing. His early days of care were tough, with regular nightmares and constant finger-sucking.

But the couple never hid his backstory, and with time, the trauma faded.

Years later, he learned more about his origins, including that his biological mother was killed in a car accident five months after his birth.

He keeps a framed picture of her, with curly hair like his, and says he feels she is “keeping watch on me from heaven”.

“I would tell her that I have grown up to be 18 years old, and that I want to live the life that was cut short for her.”

Every month, Miyatsu provides free meals to underprivileged children at a local church and he wants to work with children in the future, and perhaps become a foster parent too.

He hopes telling his story will “pave the way for other children (left in the box) to come forward and get their messages across”, describing his experience overcoming “complicated feelings about myself”.

“But even if there are a few pieces missing, it doesn’t fundamentally change who I am today.

I don’t think my identity should be dictated by the first few years of my life,” he said.

“Life after the baby hatch is far more important.”

For 15 years, the clinic has been the only place in Japan a child can be anonymously and safely abandoned.

The pioneering hospital in the Kumamoto region also offers a 24/7 pregnancy support hotline and the country’s only “confidential birth” programme.

These have made it the target of criticism, but head doctor Takeshi Hasuda sees the facility as a vital safety net.

“There are women out there who are ashamed that they did something horrible (by getting pregnant) and are so scared,” he told AFP.

“For these women, a place like ours that bars no one and makes them think ‘even I will be welcome’ counts a lot, I think.”

Nurses try to arrive at the hatch, with its stork illustrations and meticulously tended baby bed, within a minute of the alarm sounding.

“If we find mothers lingering nearby, we ask if they’re comfortable sharing their stories with us,” said hospital staffer Saori Taminaga.

They offer to check the health of mothers, providing support and encouraging them to leave information that could help a child learn their origins later.

“If they try to go, we persist and keep pushing until just before they leave the grounds. Once that happens, it’s time for us to give up.”

The hospital opened its baby hatch in 2007, modelled on a German scheme.

Baby hatches have existed globally for centuries and are used today in places including South Korea, Pakistan and the United States.

But they have been banned in some countries, such as Britain, and criticised by the United Nations for violating a child’s right to know their parents and identity.

Jikei hospital sees the hatch as a way to prevent child abuse and deaths in Japan, where police recorded 27 child abandonments in 2020 and at least 57 children died from abuse the year before.

Hasuda said children abandoned at the hospital include those who were “the result of prostitution, rape and incest”, with mothers finding nowhere else to turn.

“I think the most important role our baby hatch system has played so far is to provide a sort of last resort for women left alienated by society,” he said.