E-sports, also known as electronic sports, is based on the use of video games, whether they are online or offline, and is played competitively in search of the best player or gamer.

The sport usually sees participation by professionals, either individually or in a team, competing in tournaments where they will also be sponsored to play.

There has been a common perception of seeing video games as just a hobby and a way to fill free time, while others are quick to dismiss the benefits of the sport.

However, if an individual possesses the talent and is given training, it is not impossible to turn it into a career.

Players who have the skills to compete in e-sports tournaments are considered e-athletes.

Among the video games often contested are: first-person shooter titles such as Call of Duty series and Counter Strike; multiplayer online battle arena titles like Defence of the Ancients (DOTA) 2, League of Legends and Mobile Legends; battle royale titles like PlayerUnknown’s Battlegrounds (PUBG); and sports titles like those of the FIFA series. 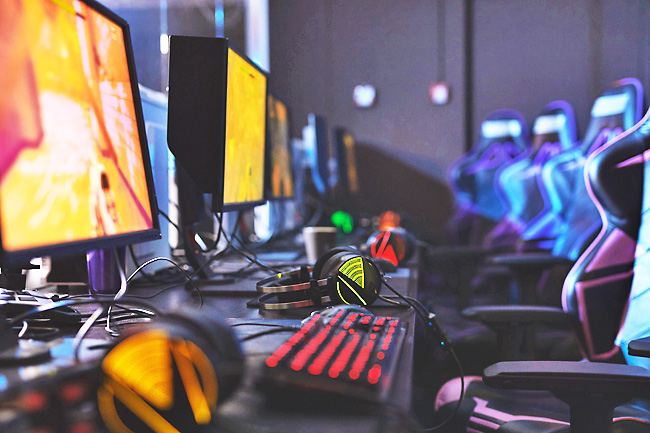 As e-sports has cemented a place in fans’ hearts, with the support from the government and the private sector, non-profit body InfoCom Federation Brunei (IFB) was established on August 15, 2007 to monitor electronic sports.

IFB is dedicated towards developing and protecting the ICT industry, and often hosts competitions throughout the country.

According Sheikh Haji Abas, the inclusion of e-sports in the 2019 Southeast Asian Games in Manila, the Philippines is proof of the sport’s popularity in the region, with Vietnam also set to include the sport in the next edition at the end of this year.

He hoped that having such competitions would encourage youth to take part in more competitive games and represent the country as e-athletes on the international stage.

Brunei Darussalam has also produced its own talents who are active locally and internationally. The sport’s popularity has increased in Brunei following a series of local tournaments over the years and the emergence of rising stars.

The newly established Esports Association of Brunei (ESB) further signalled the growth of the sport and will help to serve as a platform for players to showcase their talents in regional competitions.

Recently, Goodfellas Gaming was named winner of the Mobile Legends category of the DST eSport Series while Adversity took top spot for the DOTA 2 category and Hefe won the Tekken category.

On the regional stage, Brunei placed third in the Razer SEA-Invitational 2020 after collecting 236 points behind eventual winners Vietnam and runners-up Thailand.

One of the leading teams that has made inroads in the local e-sport scene is Goodfellas Gaming, specialising in first-person shooter games.

Their story first started when a group of players initially banded as Gunpowder Brunei in 2011. Four years later, they brought in new players with a new team manager.

They became one of the dominant e-sport teams supported by an array of accolades.