Various new movies and series have been added to Netflix for the month of November. Here’s a rundown of what’s trending on the streaming platform so far this month.

The Emmy-winning dramatisation of the life of Queen Elizabeth II returns, more timely than ever. Set in the 1990s, the second-to-last season features a complete cast turnover from Season 4, with Imelda Staunton taking over the role from Olivia Colman, who herself inherited it from Claire Foy. Elizabeth Debicki plays Princess Diana and Dominic West plays Prince Charles.

Blockbuster is the first show Netflix has made in the style of a good broadcast sitcom. It brings together people from some of the best single-camera sitcoms of the past decade – Fresh Off the Boat’s Randall Park and Brooklyn Nine-Nine’s Melissa Fumero star, and B99 and Superstore writer Vanessa Ramos is the creator.

As described on Netflix, “At the last remaining Blockbuster, a hardworking manager fights to keep his video store open and staff happy amid competition and complicated feelings.” 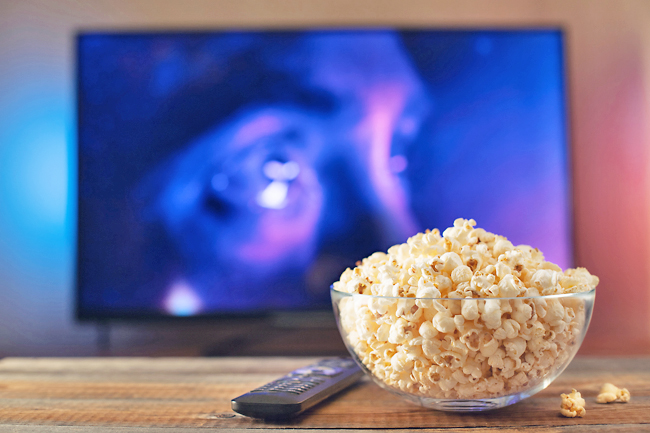 Manifest, the supernatural drama Netflix rescued from cancellation by NBC finally lands on the streaming service for its final season.

The first half of the season will find the survivors of Flight 828 getting ever closer to unravelling the mystery of what happened to them when their plane disappeared and reappeared five years later.

1899 is an expensive but efficient supernatural mystery series set onboard a steamship carrying European migrants from London to New York City. After the steamship makes contact with another seemingly lost ship at sea, things get really strange. As described on Netflix, “When mysterious events change the course of an immigrant ship headed for New York in 1899, a mind-bending riddle unfolds for its bewildered passengers.”

Originating from Germany, the show was created by Dark’s Jantje Friese and Baran bo Odar, and features a sprawling international cast, including Into the Badlands’ Emily Beechum. The show also has a total of eight different languages listed under the “original languages” section on Wikipedia.

DEAD TO ME SEASON 3

The Emmy-nominated dark comedy series Dead to Me is back for a third and final season, two and a half years after Season 2 ended on a bit of a cliffhanger, with Jen (Christina Applegate) and Judy (Linda Cardellini) getting into a car accident with Ben (James Marsden). In the final season, they’ll try to get away clean, but they’re in pretty deep.

Like in the original film, Enola Holmes 2 follows the titular protagonist as she solves one of the most difficult cases in 19th Century London as she’s outshined by her more famous brother.

2020’s Enola Holmes was one of the most pleasant surprises on Netflix, and with the same creative team returning for the sequel, the film promises another delicious adventure.

Based on Little Nemo in Slumberland, a series of comic strips by cartoonist Winsor McCay, Netflix’s Slumberland will take young actor Marlow Barkley to a fantasy land where anything is possible. She will be in good company as her guide through this magical place is none other than Jason Momoa.

Slumberland promises to be a journey filled with colourful characters, but it’s also a tale about grief, as the young Nemo (Barkley) must deal with her father’s sudden death. The film looks to explore the power of imagination to deal with trauma and heal emotional wounds. After spending a month getting scared by horror movies, some feel-good energy will be much-welcomed in November.

Jenna Ortega takes on the leading role of new Tim Burton series Wednesday, which sees the iconic Wednesday Addams move to a new school Nevermore Academy. There, she attempts to master her psychic ability, navigate new relationships and solve a mystery that embroiled her parents 25 years ago.