PARIS (AFP) – Tackling racism and assault, an emerging wave of female MCs is setting new boundaries for French rap after years in which women were barely visible on the scene.

Some do it with a light touch: the party-ready beats of Lous and The Yakuza – the stage-name of Congo-born, Belgium-based Marie-Pierra Kakoma – can disguise some heavy subject matter, from struggles with cancer on Amigo to the experience of an assault victim on Quatre heures du matin (Four in the morning).

“I want to shine a light on evil – otherwise we don’t heal,” she told AFP, though she added there is no bitterness in her music. “It comes from a place of love, kindness, truth.”

It has been a rapid rise, with her single Dilemme racking up more than 7.6 million views on YouTube and an appearance on US chat show Jimmy Kimmel Live last year – a rarety for a non-English-speaking performer, particularly when it comes to rap.

Kakoma’s family fled war in the Democratic Republic of Congo when she was just four. She spent time in Rwanda and Belgium, including a dark period on the streets – the result of being a “headstrong” teenager, she said.

Her backstory can be a nightmare for journalists, she laughs: “It can take up 40 lines of the article.” 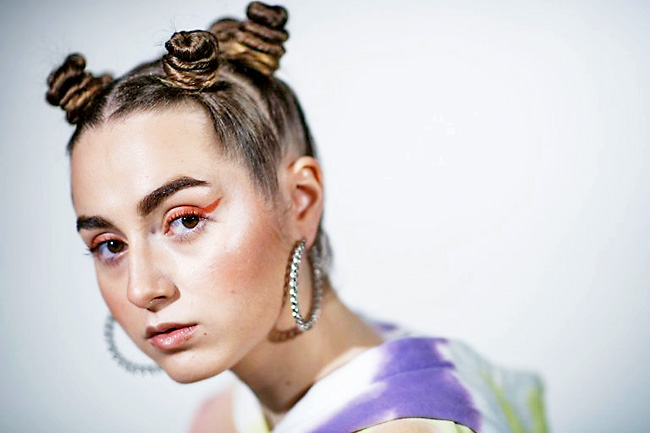 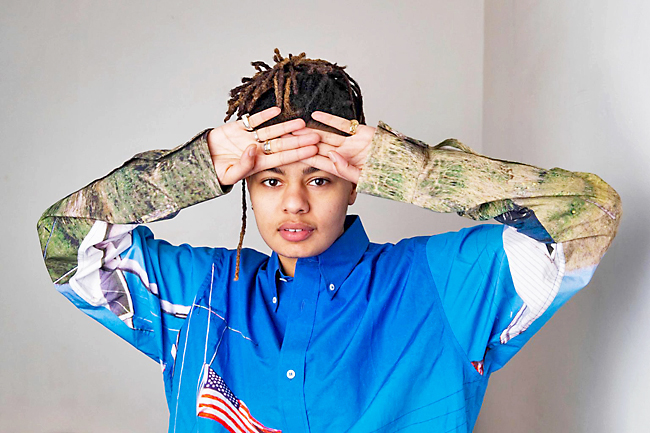 But it has also given her rich material: “I interviewed a lot of women when I was on the streets, like a journalist. I’ve always been very intrigued, especially about their relationship with their children.”

The result is the moving Courant d’Air on her debut album Gore.

Female MCs have always been in the minority in the often-chauvinistic world of rap. It has been especially true in French-speaking countries, despite the huge popularity and success of the genre.

While Nicki Minaj and Cardi B are household names, there has been a void on the French scene since the departure of Diam’s, who dominated the charts in the 2000s but hung up her mic in 2012.

The talent has always been there, said Eloise Bouton of Madame Rap, an online magazine, but has been held back by misogyny.

“It comes from the suburbs and it penalises women,” she said.

She is excited by the generation that is finally emerging: “They are very complete. They were shunned, so they had to learn everything on their own.”

Among them is Lala &ce (pronounced “Lala Ace”), a French-Ivorian from Lyon with a distinctive take on hazy, ethereal cloud rap.

The initials of her new album Everything Tasteful are not a coincidence, she told AFP: “It’s a little wink to the fact that I’m a bit different in the French musical landscape, and that I like to feel like an extra-terrestrial.”

Though the music is not overtly political, the ease with which she carries her identity – from the casual references in her lyrics to her androgynous delivery – nonetheless point to something new and perhaps more liberated for rap music in the 2020s.

And if young French girls have been lacking a voice to channel their anxieties, they may have found it in another up-and-coming rapper, Tessae.

Still in her teens, she has drawn high-profile attention with her raw accounts of young girlhood, such as single Salope about street harassment.

“It’s particularly my sister who has experienced it. She’s often telling me about guys following her in the metro, or someone spitting on her or insulting her,” she said AFP.

Her own experience has been more with online hatred – the sadly inevitable chauvinism that comes when you hit four million views on YouTube (for single Bling).

“I’ve had things like: ‘A girl doing rap is disgusting’,” she said. “For me, you can criticise if your own music is any good.”

But most of the reaction has been positive, not least when a TikTok clip of her rapping in the style of Congolese star Gims was spotted by the man himself, who then agreed to appear on Tessae’s debut album Saisons.

But for this school drop-out, openly struggling with her self-confidence, it’s the connection with fans that has meant the most.

“There are young girls who are in the process of constructing themselves that listen to me, and tell me: ‘This helps me accept myself’. And that helps me, too.”