The Bundesliga club said the 45-year-old Rose has a two-year contract to June 2024. It is also appointing a new coaching team.

Tedesco was fired on Wednesday following a 4-1 home loss to Shakhtar Donetsk in the Champions League. It was just the latest disappointing result this season, including a 4-0 loss to Eintracht Frankfurt last Saturday.

Expectations had been high after Tedesco led Leipzig to the German Cup title last season – the young club’s first major title since it was founded by energy drink company Red Bull in 2009.

Rose, who was born in Leipzig, is familiar with the company’s sporting model after enjoying success with Leipzig’s sister club, Red Bull Salzburg, in Austria. As a defender, he played for Hannover and Mainz.

Rose began his coaching career as an assistant coach in the youth setup at Mainz before taking over as coach of fourth-tier club Lokomotive Leipzig in 2012. He joined Salzburg in 2013 when he worked with youth teams. He took over as coach of the senior team in 2017 and won back-to-back Austrian league titles.

He helped Borussia Mönchengladbach qualify for the Champions League and after two seasons switched to league rival Dortmund in 2021. He failed to live up to expectations at Dortmund and was released at the end of last season.

Rose’s first game in charge of Leipzig will be against former club Dortmund on Saturday followed by a visit to defending champion Real Madrid in the Champions League. 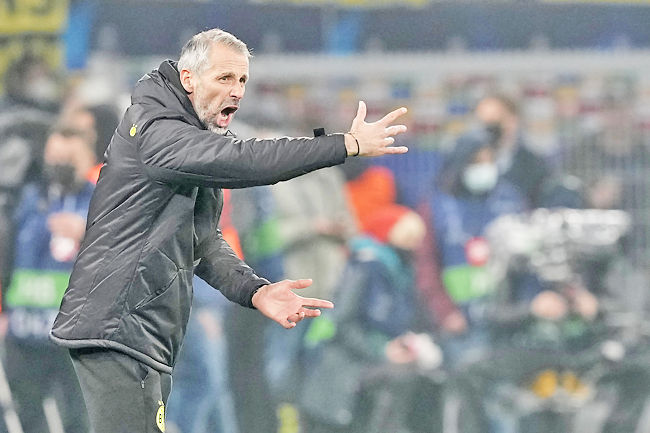