AP – Minjee Lee appears to be on mission.

The 26-year-old Australian shot a 4-under 67 on Saturday to take a three-stroke lead over American Mina Harigae into the final round of the US Women’s Open.

“My approach is going to be the same as the last three days – I’m just going to try and make as many birdies as I can and give myself as many opportunities as I can on the greens,” Lee said.

At 13-under 200, Lee was within striking distance of the US Women’s Open scoring record in relation to par held by Juli Inkster, who finished at 16-under 272 in 1999 at Old Waverly.

Inkster did that on a par-72 course, while par is 71 at Pine Needles.

“I haven’t really thought about it,” Lee said. “If I play good, it’s going to come with it, right?” 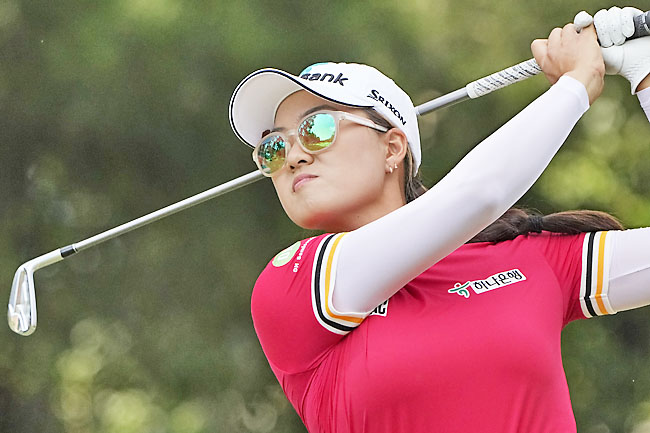 The fourth-ranked Lee won the Founders Cup three weeks ago in New Jersey in the tour’s last stroke-play event for her seventh LPGA Tour victory. She’s trying to win her second major title after taking the 2021 Evian Championship.

The top-ranked Ko struggled with her putter and finished at even-par 71, leaving her tied for fourth place at 6-under with three-time major winner Anna Nordqvist, Xiyu Lin, Lydia Ko, Hye-Jin Choi and amateur Ingrid Lindblad. Lydia Ko had the best round of the day with a 66, while Lin shot 67, Jim Young Ko 71 and Nodqvist and Choi 72.

“Definitely not the finish I wanted,” said Korda, who bogeyed the last three holes after battling to get to 7-under.

It appeared Harigae might make a run when she used a pitching wedge from 115 yards and her ball rolled within an inch from the cup. She tapped in for birdie and moved to 10-under, taking a one-shot lead over Lee.

But that seemed to awaken Lee. Lee stormed back, making birdies on Nos nine, 10, 11 and 12 to get to 13-under and took a four-shot lead after Harigae bogeyed 11 and 12. Lee repeatedly outdrove Harigae and used solid approach shots to set up putts of 12, 12, eight and six feet, all of which she made during the four-hole run.

Said Lee, “I didn’t really think about how Mina was playing. I was just trying to make as many birdies as I could just to try and post a good score. I didn’t really notice her playing that much because I was really kind of in my zone.”