BAKU (AFP) – Charles Leclerc could be forgiven for wondering what precisely he has done to deserve such a miserly return on his mastery in last Saturday qualifying in the Formula One world championship.

After his second win of the season back in Australia in April things were looking good – he was 46 points ahead of world champion Max Verstappen in the drivers’ title race and at the wheel of a car that was clearly a decent performer.

Yet fast forward two months, four poles, two DNFs, and 40 points is the paltry return the master of qualifying has ended up with since Melbourne to leave him trailing now in third in the championship, 34 points off the lead held by Red Bull’s Verstappen.

After Sunday’s latest disaster he, teammate Carlos Sainz and Ferrari are set for another autopsy, just like the one they held afer Monaco, or Spain.

Leclerc had seemed happy about the outcome of the Monaco review into how he ended up missing out on the win from pole which counts for so much at a track where overtaking is so difficult.

But here he was again in Baku, at the end of another Sunday afternoon and another failure when he limped out with a power unit problem with smoke bellowing out of the rear of his car on lap 20. Sainz had retired on lap nine with a hydraulic issue making it a painful double DNF. Asked if this latest setback was significant for the championship as he slipped to third Leclerc replied, “It’s more than a significance. I don’t really have the words to be honest.

“It is just a huge disappointment and I just hope we can jump back from it, and to be on top of those things. Another DNF – it hurts… We really need to look into that for it to not happen again.”

Ferrari team principal Mattia Binotto told Sky Sports, “We’re not fully reliable but the team will stay focussed, try to address the issues and to be stronger on the future. “We need to understand what happened today. Not all issues are the same. It will take time to analyse.

We don’t know the issue yet.”

With round nine of the championship only seven days away in Montreal time is not a luxury Ferrari have as they seek solutions to save their rapidly unfolding season. 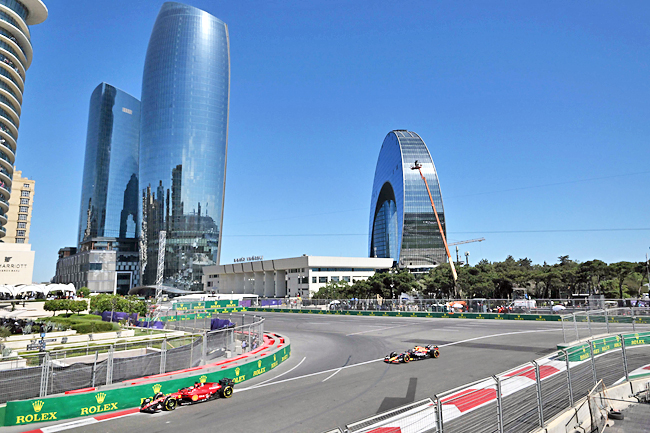