NEW YORK (AP) – After all of the many tributes to Serena Williams were done, the celebratory words and the video montages, the standing ovations and the shouts of her name, it seemed appropriate that she herself would provide the defining look at her legacy.

So the last question at the news conference after her last match of the US Open – and, it seems clear, of her career – offered Williams the chance to say how she’d most like to be remembered.

“I feel like I really brought something, and bring something, to tennis. The different looks.

The fist pumps. The just crazy intensity… ‘Passion,’ I think, is a really good word. Just continuing through ups and downs,” she responded. “I could go on and on. But I just honestly am so grateful that I had this moment – and that I’m Serena.”

That captured so much about her so well. And to think: Williams, who turns 41 this month, did not even mention anything about being an elite athlete or any of the statistics that help define what she did with a racket in her hand.

The 23 championships at the Grand Slam tournaments that have come to define success in her sport. Another 50 singles titles elsewhere. The 14 majors in doubles with her sister, Venus. The 319 weeks at number one. The four Olympic gold medals. 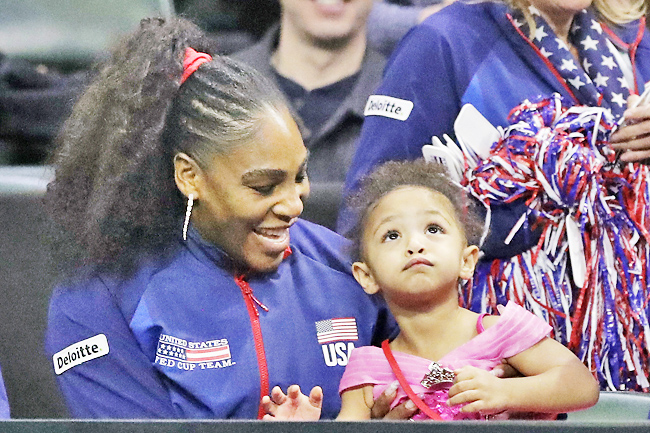 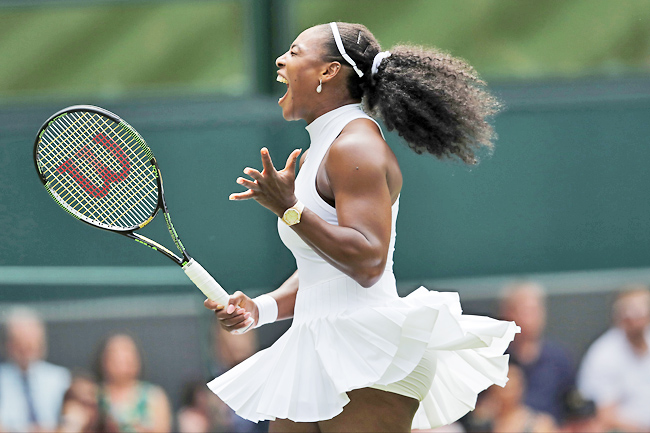 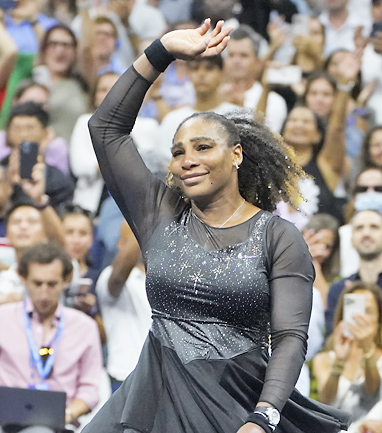 So, sure, it’s impossible to assess Williams without considering her place in the pantheon of superstars, as worthy as anyone – woman or man, this generation or any other, this sport or any other – of the honorific “Greatest of All Time” (one clever spectator at Williams’ 7-5, 6-7 (4), 6-1 loss to Ajla Tomljanovic held up a poster with, simply, a drawing of a goat).

“She is an all-time great. Obviously, that’s an understatement,” said Martina Navratilova, an 18-time major winner who certainly is part of that whole conversation. But Williams is also about a lot more than that.

No Black woman had won a Slam title since Althea Gibson in the 1950s until Williams came along and collected her first at the 1999 US Open at age 17. Over the more than two decades since, Williams and Venus, who earned seven major singles trophies of her own, get credit for inspiring Coco Gauff and Naomi Osaka and countless of others to play tennis, yes, but also for pushing plenty of others to change their views about what can be done and what can’t.

“She embodies that no dream is too big,” Tomljanovic said.

“You can do anything if you believe in yourself, you love what you do and you have an incredible support system around you.” There’s more.

She won a Grand Slam title while pregnant, went through scary health complications after giving birth to her daughter, Olympia, in 2017, and would return to the tour and reach four more major finals.

She has a venture capital firm that raised more than USD100 million.

“Everyone looks at her and tries to be like Serena,” said Caroline Garcia, a Frenchwoman seeded 17th and into the fourth round at the US Open.

“And I’m sure that’s going to be for years to come.”

There were those who criticised her, of course. Those who wondered whether she was doing things the right way. Just as there were those who thought it was a mistake for her father, Richard, to keep his young daughters away from the junior tennis circuit.

Um, seems as if that worked out, huh? “I will definitely (be) missing her on the courts,” Tomljanovic said, surely echoing the thoughts of many. “It will not be the same.”

No, tennis most definitely will not be the same without Williams. Not even close. That’s okay, though. It’s time, as Williams famously wrote, for her to be “evolving” away from her days as a player. It’s time for her to devote extra energy to being a mom and a businesswoman and whatever else life brings her way. As Williams observed after hitting one last shot: “I have such a bright future ahead of me.”