THE WASHINGTON POST – Yet again, principal Cindy Conley was surprised by something her post-lockdown students were doing.

At an end-of-year celebration in June for eighth graders at Irving Middle School, a group of boys began playing “duck, duck, goose”.

Soon, more than 50 boys were playing the game, one that is usually enjoyed for much younger children.

“That never happened pre-pandemic,” Conley said. “But some of these children left in sixth grade and came back as instant eighth graders, and I don’t think I anticipated how much the elementary part was still in them.”

The 2021-22 school year upended conventional notions about what students can or “should” be able to do by a certain age or grade. Teachers and parents were all caught off-guard by some of the trickle-down impacts they saw on children returning to in-person school.

But this is a new year and parents and educators are going into it with more realistic expectations and a better understanding of what children need to be successful.

As children start a new school year in a time still characterised by uncertainty and deep division, here are five ways caregivers can help them learn, connect with others and maintain a strong sense of self: 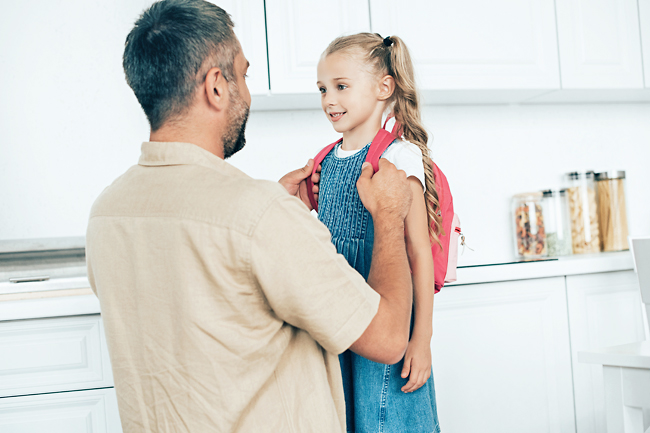 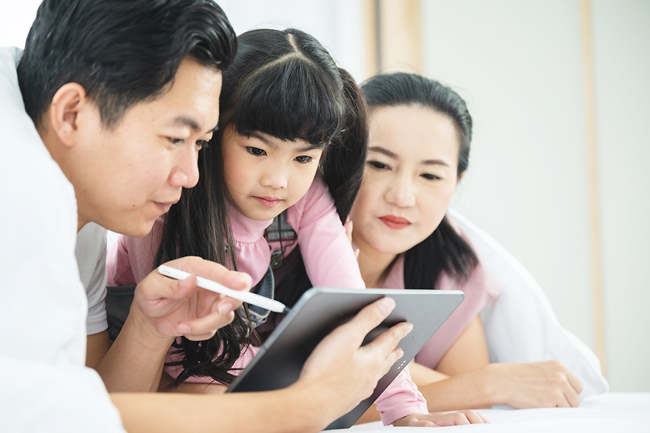 LET GO OF THE NOTION OF ‘NORMAL’

Some children thought things would be ‘normal’ last year and were blindsided when they struggled in unexpected ways, whether they didn’t complete assignments or felt more sensitive to criticism.

To help children stay positive when things go awry, “interrupt the concept of normal”, said professor of education at the University of Southern California Christopher Emdin, the author of Ratchetdemic.

“Plant the idea that the pandemic is a restart, an opportunity to dream about how you want things to be. ‘When you went through school before, did you like it all? No. Based on what things were before, how do you want it to be now?'”

Even subtle changes to a child’s physical environment “can radically change the learning experience”, Emdin said.

When he was scholar-in-residence at the Lincoln Center for the Performing Arts in 2021, he partnered with students to build prototype post-pandemic classrooms. “I wanted them to feel like it can’t look like what it looked like before.” They swapped out fluorescent lights for calm blue bulbs, brought in planters of grass and piped in music.

Parents can make similar tweaks to a child’s workspace at home. “The schoolwork learning corner has to be special – the most comfortable, beautiful space in the home, so that you start training the mind to see the educational work as fun,” Emdin said. “When you bring in flowers and grasses, change the lighting, the sounds, the seating, it invokes relaxation and helps children associate reading or homework as, ‘This is when I’m chilling’.”

Before the year is underway, ask your child questions like: “What are your biggest worries about going back to school?” and “What are you most looking forward to doing this year?” Explicitly acknowledge that the last few years have been tough, said school consultant Jason Ablin in

Los Angeles, the author of The Gender Equation in Schools. “Say: ‘We want you to feel great about going to school every day, and if you feel like things are going off the rails, we’re here for you.’ “

Get creative if they don’t open up. “A friend of ours had four teen sons, and one of the things she would do is put food out at 10pm,” Ablin said. “As if they were in a trance, the children would smell the food and come down together and start eating, and she was able to use that time to start a dialogue.”

Sometimes it was about nothing, he added, “but other times they were powerful conversations”.

If they tell you they’re worried about a test or a fight with a friend, ask them to rate the stress on a scale of one to five.

The number itself is less important than what it tells you about their perception of the situation and their capacity to cope with it.

“Once you have a basis for comparison, you can have a conversation about what might lower their stress,” Hoffman said.

Validate their concerns even if they seem overblown, she added. “You might feel the pandemic is over and your child should be able to handle more pressure, but stress is additive. Children are resilient, but they’ve used up their reserves.”

When you know what’s troubling them, you can help them reframe the situation and think about next steps. Counsellor Emily Kircher-Morris in Missouri and the author of Raising Twice-Exceptional Children, recommended walking a child through the best case, worst case and most-likely scenarios, and then devise a plan.

If they’re worried about missing an assignment, for instance, Kircher-Morris might ask: “Who can you go to for help? How can you communicate with them?”

If the issue relates to social anxiety, she might suggest writing to their teacher early to say: “I feel uncomfortable making a presentation to the class, so is it okay if I videotape myself instead?”

HAVE THEM WRITE DOWN AND REFLECT ON PERSONAL GOALS

Children can feel powerless because they have little control over things like when they eat lunch at school or whether they take math in sixth grade, but parents can give them back a sense of agency by having them set and work toward personal goals. Encourage them to commit their goals to paper, because research shows that people are 42 per cent more likely to reach their goals if they write them down and monitor their progress regularly.

Every year, principal of Oak Mountain Middle School Larry Haynes recruits 35 professionals from the community to mentor eighth graders. At the end of each grading period, the mentors meet with their mentees to discuss their report cards, their progress and their goals. Afterward, the students write their goals on a reflection sheet.

“I tell them to display their goals in a prominent place where they will see it, because that keeps it fresh in their mind and serves as a motivator,” Haynes said, adding that he always tells the students about Thomas Holloway, a former student who stated in middle school that his goal was to play football at West Point. “Thomas graduated from West Point in 2014,” Haynes told them.

Setting goals also can ease children’ anxiety related to events in the news. To help them, shift the focus away from the state of the world and back to their own lives.

“If you zoom out to space and everything on earth looks tiny, then it can seem like there’s no meaning to any of it, and that can feel really overwhelming,” Kircher-Morris explained.

“But if you zoom back in, you get to decide what your meaning and purpose is.” That could be a goal like wanting to do better in a class or make a new friend.

After the turmoil of the last few years, many children are focussed on friendships, but their skills are rusty. Research shows that connecting with others can improve mental health and children need the practice, but they may need an assist.

If they’re too anxious to host a friend at home, suggest a structured activity like bowling or basketball at the park. Encourage them to sign up for at least one after-school club that reflects their interests, too.

“If a child who likes anime joins the anime club, they’re more likely to meet like-minded classmates and find their footing,” Conley said.

The idea is to find low-pressure opportunities where children can practice making eye contact and resolving conflict, Haynes said.

He offers alternate activities for children at school dances, for example. He might have board games in the cafeteria or a kickball tournament outside.

“But when things are as disrupted as they have been, we need to see children where they actually are, be calm, loving and thoughtful about that, and really believe that eventually the child will be just fine.”

That means letting go of the idea that they have “fallen behind”.

Instead, emphasise that growing up in an unprecedented time is why they will be change-makers. “I tell children: ‘Fifty years from now, who will be the legacy builders, the young people who pushed back when the world went crazy? It will be you,” Emdin said.

Focus on the strengths a child brings to the table right now, not the skills they haven’t acquired.

“The most brilliant people of our times were sceptics – curious, evidence-based thinkers who could think in metaphorical terms, and if you’ve gone through covid, you’ve done all of that,” Emdin said.

“If you survived the last two years, and you’re present in classrooms and ready to learn, you have resilience and fortitude and are equipped to be successful academically.

“Parents and schools have to keep telling children that.”