THE WASHINGTON POST – The journey was long and uncomfortable. I was hot, tired and desperately craving a strawberry Pop-Tart. A few of my classmates were off to Disney World for the week, but after a 22-hour flight, a delayed layover and a very bumpy three-hour van ride, I finally arrived for my first visit at my mother’s rural homestead in Central Luzon, Philippines.

I’m half Filipino and half British, and my parents did their best to fold each culture into my life, so my knowledge of Philippine cuisine and customs was considerable, but this didn’t save me from the disorientation I faced. The land rippled with sugar cane and rice fields and the sun blazed brighter, more severe. I rode caribous instead of horses, played in a nipa hut instead of a jungle gym, and my canopy bed was really just a mosquito net draped over a worn-in mattress. It was all very wild and foreign for a mostly American girl.

I woke up to the murmur of livestock and breathed in their scent with my eyes still shut. There was something else – the faintest unmistakable fragrance of sweet warm bread. I shuffled sleepily into the kitchen where I found my lola laying out steaming rolls. “Pandesal,” she whispered in her gentle cracked voice. Several of my cousins entered and I watched as they unclasped the lids of sundry spreads, all chattering away in a language I didn’t share.

Pandesal, a plush and pillowy yeast roll coated in breadcrumbs, is an everyday staple in the Philippines, humble and iconic. The word pandesal means salt bread in Spanish, but it’s really more sweet than salty. Many enjoy it for breakfast, dunking it into black coffee, warm milk or tsokolate (a thick and grainy hot chocolate). It’s complete on its own, but frequently enhanced with butter, coconut jam, chocolate spread, peanut butter or sweetened condensed milk. Every bite collapses softly in your mouth and sends crumbs sprinkling onto your lap.

Each dawn, my lola and cousins performed the same ritual, and I soon found myself in the routine. It brought me comfort and in some remarkable way, language. Even though they couldn’t speak English and I couldn’t speak Tagalog, we found a way to “talk” through this morning ceremony, each answering in our own tongue.

The cuisine is built on a surplus of cultures from Chinese to Malaysian to Japanese and beyond. If these are the walls, Spanish is the foundation.

Nearly 80 per cent of Filipino dishes can be traced back to Spanish origin, which is no great surprise given Spain ruled the Philippines for more than 300 years.

The history of pandesal has a few plot holes, but it’s generally agreed that Spanish explorers introduced wheat bread to the Philippines in the 16th Century. Before their arrival, the diet of the indigenous people centred on rice.

Wheat wasn’t a native crop and still isn’t. With a mission to convert the natives to Catholicism, Spaniards initially sought wheat to make Communion bread. Eventually, they went on to design their adaptation of French bread, starring whole wheat flour.

The outcome was a stiff and crusty bread called pan de suelo.

As people searched for a cheaper alternative, the dough became pliable, the bread became soft, and pandesal emerged. Then, in the 20th Century, the cost of imported American wheat dropped lower than the price of rice. The production of wheat foods soared, and pandesal claimed its rightful place as the unofficial national bread.

Today, whenever I visit my lola, I still help her with the pandesal. We make the coffee and set out the spreads. She has learned bits of English over the years, but most of the time we don’t bother with it. Instead, we do what we know, because it’s our own made up language, and let pandesal do the talking.

Plush and pillowy and dusted in crumbs, this recipe is one you’ll want to make often. The dough is rolled into long batons, or sticks, before being sliced into individual portions. Alternatively, you could divide the dough evenly and roll them into balls. It’s best enjoyed warm, topped with your favourite spread, with a steaming cup of coffee.

Vegetable oil, for greasing the bowl

In the bowl of a stand mixer, combine the milk and one teaspoon of the sugar. Sprinkle the yeast over top and let sit until foamy, about 10 minutes.

Meanwhile, in another large bowl, combine the flour and salt and set aside.

In a medium bowl, combine the remaining sugar, the eggs and butter. Stir with a fork until combined, then add to the yeast mixture and stir to incorporate.

Attach the dough hook to the stand mixer and knead on medium speed until the dough is smooth and sticks to the hook, about 10 minutes.

Meanwhile, wash out the large bowl used for the flour and coat with oil. Transfer the dough to it and turn to coat. Cover with plastic wrap and set aside to rise in a warm place until doubled in size, about one hour 15 minutes.

While the dough is rising, in a mini food processor, pulse the breadcrumbs until fine and uniform. Scatter 1/4 cup (30 grammes) of breadcrumbs on the bottom of a 9-by-13-inch baking pan and transfer the remaining breadcrumbs to a shallow bowl.

Punch the dough down and transfer to a work surface (you shouldn’t need flour at this point). Divide the dough in half; each piece should weigh about 570 grammes. Knead one half a few times and roll into a 30-inch baton, making sure the ends don’t taper too much. Flatten the top so the baton is two inches wide. Cut the baton in half, then cut each half into five equal pieces, each about three inches long. Coat the pieces in the remaining breadcrumbs and arrange in the prepared pan. (If you like, you can lightly brush the pieces with water to help the breadcrumbs stick.) Repeat with the remaining dough.

Cover loosely with plastic wrap, followed by a clean tea towel. Let rise in a warm place until doubled in size, about 45 minutes.

When ready to bake, position a rack in the middle of the oven and preheat to 350 degrees. Uncover the dough and bake for about 30 minutes, or until puffed and golden. If the pandesal is browning too fast, cover loosely with foil for the last 10 minutes of baking. 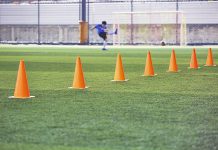 Keeping the boots laced up 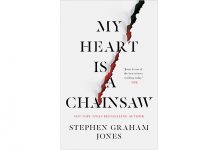 ‘My Heart Is a Chainsaw’ will delight horror movie fans 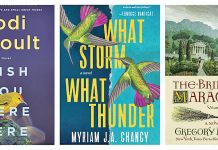 Books to read this fall