Leaping to a new year

ANN/THE JAPAN – Now that 2023 – the Year of the Rabbit in the Chinese zodiac – has kicked off, goods featuring bunny characters and places related to the lucky animal are drawing even more attention.

Many rabbit lovers are eagerly working to make the new year a time of leaps and bounds.

“For rabbit lovers, this is a special year that comes only once every 12 years,” said Asana Takahashi excitedly about her expectations for the New Year.

Takahashi, 43, lives with her two pet rabbits and runs a store specialising in rabbit-themed goods in Osaka Prefecture.

In November, she had already begun stocking up on merchandise related to the Year of the Rabbit, such as mini-envelopes in which New Year’s gift money is placed. According to Takahashi, rabbit lovers use the term “usanzai” to describe splurging on items related to the animal, an expression that plays on the Japanese words for “rabbit” and “splurge”. 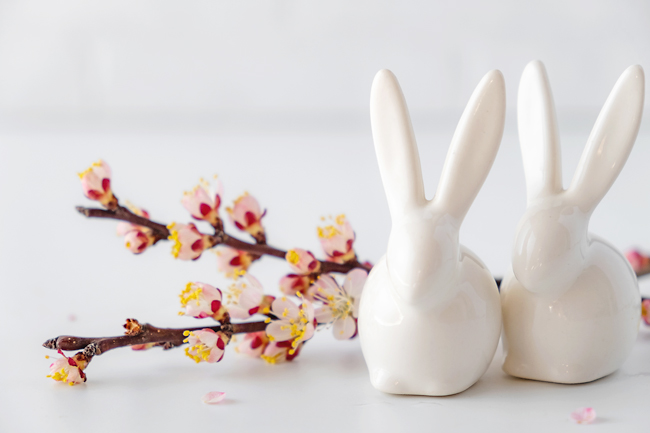 Takahashi organises “My Sweet Rabbit”, an event that runs through January 10 at the Hankyu Department Store Umeda Main Store in Osaka. Cookies and handmade goods are sold at the event and lectures are given by a photographer specialising in rabbits.

“Many rabbit lovers are likely to flock to the event, which will mark the beginning of the Year of the Rabbit,” Takahashi said.

According to a person in the department store industry, many companies sell goods depicting the 12 Chinese zodiac signs according to the year, but items for the Year of the Rabbit sell particularly well.

The popular bunny character Miffy is also a big feature this year.

A skilled artisan created the Edo kimekomi doll by covering with cloth a Miffy-shaped doll made out of clay.

United States apparel brand Tommy Hilfiger has put out a denim jacket with a Miffy emblem on it for JPY22,000.

According to Mizuki Murakami, an expert on the history of ancient Oriental thought, house divination and feng shui, the origin of goods featuring the 12 Chinese zodiac signs dates back to the Edo period (1603-1867) when unglazed clay dolls were popular with townspeople.

Featuring dogs and daruma dolls among other shapes, they were sold at new year’s as good luck charms.

In the modern era, more ornaments and knickknacks began to be made, which contributed to the widespread belief that items featuring the 12 zodiac motifs bring good luck, according to Murakami.

“It may only be a superstition, but what matters is that it makes you feel more enriched spiritually,” Murakami said.

“You might tidy up the entrance to your home because you believe in visits by the deity of the incoming year drawn to the decorations of the 12 signs.

“The act of cleaning can serve as a stimulus for becoming invigorated.”

But it’s not just knickknacks that are believed to beckon the deity of the incoming year.

Places summon deities, too. Tottori City is home to a beach and a shrine named after a white rabbit, Hakuto Beach and Hakuto Shrine because the area is said to be the setting of a mythological Japanese tale featuring the animal.

The Tottori city government is eager to attract tourists by promoting its connection with the animal and good fortune.

The Tottori city government offers special round-trip bus tickets for JPY1,220 between Tottori Station and the shrine. Sold in a limited number, the ticket comes with a JPY500 coupon that can be used in a local Michi no Eki roadside rest area.

The ticket can be purchased in the city, with the coupon valid through February 28.

“Hakuto Shrine is a perfect place to visit in the Year of the Rabbit,” said a city official. “It’s a bit far from the train station, so the special bus ticket is useful.”