LOS ANGELES (AP) – For once, Charlize Theron has begun to witness more women in power roles with the film industry.

“Women are tearing down the whole… building,” Theron said after she received the prestigious Sherry Lansing Leadership Award at The Hollywood Reporter’s Women in Entertainment breakfast gala on Wednesday in Los Angeles.

The Oscar winner was handed the award by her friend Seth Rogen for excelling as a trailblazer and her philanthropy work in Hollywood.

Theron praised female leaders who have paved ways as heads of studio departments, directors, producers and those that have created their own production companies. She said women should lean on each other as resources to strengthen their voices.

“I want us to keep each other accountable, use each other as resources and push each other to keep using our voices and platforms for something greater than ourselves,” Theron said.

The actor said she’s been inspired by young people through her Charlize Theron Africa Outreach Project, which is an organisation dedicated to making a difference for people in South Africa.

“In the face of what we would consider adversity or concrete ceilings, they see opportunity and room for change, growth and inclusion,” Theron said. 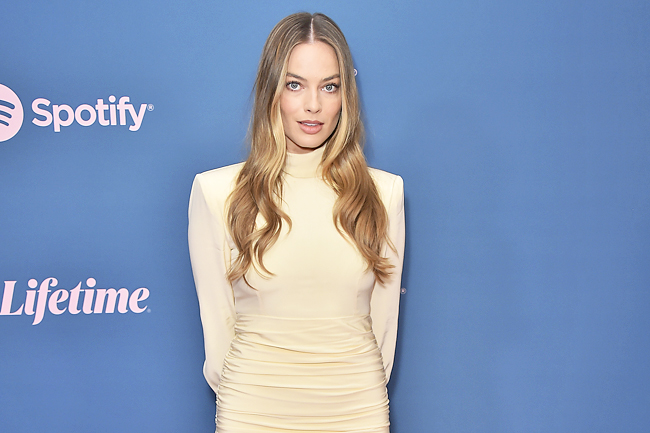 In a heartfelt speech, Rogen called Theron the most impressive person he has been around.

He then joked about how he’s physically intimidated to work with Theron on a project because “she murders people in every movie she does.”

Rogen’s joke drew a collective laugh from the audience. The actor delivered more comic relief when he jokingly took a jab at an absent Kim Kardashian, who was a scheduled presenter at the event.

Theron praised the work of Issa Rae, who was earlier honoured with the Equity in Entertainment Award, which recognised her for amplifying the voices of underrepresented communities in the entertainment industry.

Yvonne Orji, who presented Rae with the award, called her a unique visionary and a “risk taker”. She credited Rae for creating opportunities for people of colour and showing the beauty of south Los Angeles through five seasons of her HBO series Insecure, which ended in 2021.

“What stands out most for me is her unfailing support of the marginalised, her extreme selflessness, her dogged belief that everyone can win,” said Orji, who starred on Insecure.

Rae said some of her success can be credited to “operating from a scared place”.

“It makes you impatient about what you wish to happen,” she said. “It makes you fearless about the things you normally might be afraid of.”

Around USD1 million in university scholarships were presented to female high school seniors from under-served communities in Los Angeles. The high schoolers will also be paired with top-level female entertainment executives, lawyers and agents.

Members of the incoming mentee class of 2023 were also given new Apple Mac Book Air laptops, which were provided by the Edie Wasserman Women in Hollywood Fund.