Leadership and your company

In this segment of Money Matters we look at leadership and the role it plays in a company’s growth.

As an entrepreneur starting up a company, leadership is probably something that is not thought of seriously while you juggle every ball in the air and adopt a hands-on approach in every aspect of running the company. However there comes a point, whereby as the company grows, the issues you have to deal with are increasingly about the future growth of the company and how to handle the growing staff headcount.

Getting your staff to buy into this vision is essential for its success. To paraphrase the late Peter Drucker, as your company grows your job is not to “manage” people but to lead them.

Many people’s idea of a great leader is someone who is charismatic, well-spoken and extremely self-confident.

History, however, is littered with charismatic individuals who have led their countries and companies on the path to ruin. In fact, charisma, to borrow from Drucker again “may become the undoing of leaders. It may make them inflexible, convinced of their own infallibility, unable to change”. 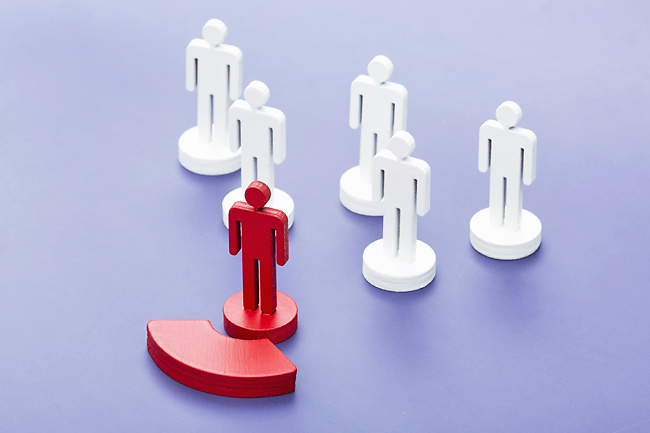 The idea is not so much to be a great leader but an effective leader that requires a lot of thought and hard work. Firstly, you have to think through your company’s raison d’etre – who does it serve? You, as the business owner? Your staff? Your customers? Your community? Indeed, these need to be clearly defined and realistic so that you can effectively realise your company’s vision.

Secondly, leadership is a responsibility and NOT a rank and privilege. When things go wrong, effective leaders do not blame others but take full responsibility. President Harry Truman famously said, “The buck stops here” and that is as good as any way to describe it.

Having a strong team around you is essential for the future growth of your company. You need not be afraid of being surrounded by able and ambitious staff if they share your vision for the future direction of the company.

Which of course means the ability to make painful compromises for the greater good of the company.

A good example is Sir Richard Branson of the Virgin Group, who looks out to hire people who can say ‘No’ to him. The worst thing a leader can do is dying if it means that the company collapses as soon as he is no longer around. Therefore leaving a legacy behind should not be in terms of assets or how much you are leaving to your children but should be thought of in terms of the company’s people who have followed you and your vision and where they will take the company forward.

Last, but not least Drucker states that a key requirement of effective leadership is to earn trust, otherwise you will not have any followers, you may still have employees but most likely the only thing they are following is the monthly paycheck.

Therefore, treating your employees with respect and caring for their well-being is important.

And of course it means having to mean what you say and to follow through.

A leader’s words and action have to be in sync, in other words you will have to “walk your talk” to build lasting trust and loyalty.

Much of this article is not developed from new ideas but from aged old practices as observed by management gurus such as Peter Drucker and Jim Collins and to whom many a successfully run company owe their success to.