These two mosques were the first of five to be built under the planning of the mosque fund, from 2015 to 2020.

The next one, in Kampong Junjongan, “hopefully will be ready by Ramadhan” in March as constructions have to be extended due to COVID-19 pandemic restrictions. 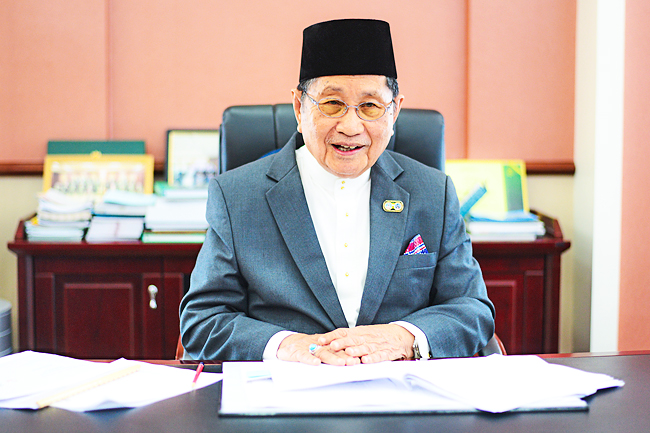 The remaining two planned mosques, in Kampong Ukong and Kampong Lamunin, are also in the pipeline for construction, pending design approval, with budget allocated and approval from the Brunei Islamic Religious Council (MUIB) received.

The plans also include an extension for Kampong Kupang Mosque, the minister said.

He added that the contributions were not only from mosque donation boxes and individuals who have come forward to contribute through the Mosque Affairs Department or MUIB, but also pledges by civil servants who donated through deduction from their monthly salary.

The minister shared that years back, the mosque construction cost around BND2.5 million to BND3 million. Now, however, it has climbed to over BND3 million due to rising material costs and earthworks such as the site in Kampong Junjongan which cost almost BND5 million due to the condition of the soil.

He said the fund has been successfully channelled towards the construction of new mosques, in response to the titah of His Majesty Sultan Haji Hassanal Bolkiah Mu’izzaddin Waddaulah ibni Al-Marhum Sultan Haji Omar ‘Ali Saifuddien Sa’adul Khairi Waddien, Sultan and Yang Di-Pertuan of Brunei Darussalam that “contributing to mosque building is an investment for life in the Hereafter”.

On this note, Pehin Udana Khatib Dato Paduka Seri Setia Ustaz Haji Awang Badaruddin said, “The public can rest assured that their wish to invest in the Hereafter through their contributions towards mosque construction in the country – Insya Allah – has been secured.”