NEW YORK (AFP) – Dating apps offer a snapshot about a person’s life, but in the space of a few weeks, a surprising health issue has emerged as a dealmaker or heartbreaker: have you had the coronavirus vaccine?

Some are bragging they have gotten the shot in order to better their chances, while others are using it to justify what one singleton described as “the most 2021 rejection ever”.

But can you trust every lonely heart who claims they’ve been inoculated against Covid-19?

Samantha Yammine, a scientist who often talks on Twitter about health issues, says she’s received messages about “dudes on dating apps claiming they’re ‘totally safe for close contact’ because they have received the vaccine”.

Of course, most young people using dating apps are not in vaccination priority groups at the front of the line, so some see having gotten the shot as a sort of golden ticket for dating.

“Basically, getting the vaccine is the hottest thing you could be doing on a dating app right now,” said Michael Kaye, global communications manager for OkCupid. 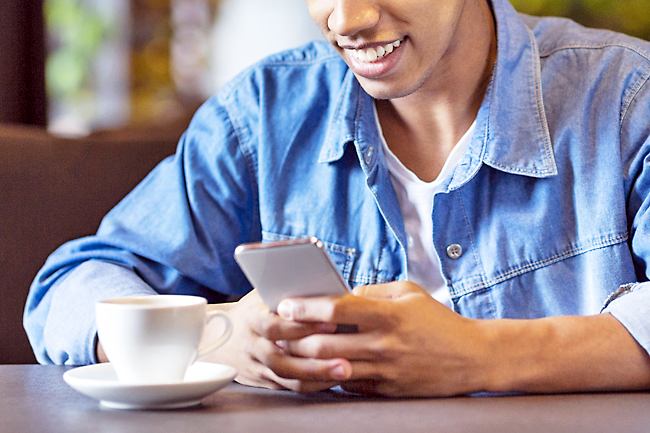 When asked last Monday, 43 per cent of some 1,500 members of another site, Coffee Meets Bagel, said they were right now more attracted to someone who had been vaccinated.

Journalist Sarah Kelly, who has not been able to get the shot, said she really got “the most 2021 rejection ever”.

A man on a dating site wrote her: “Ur real cool however I found someone who is also Vaccinated!! So I think we both wanna minimise our bubble n stay safer in these trying times!!!”

Dozens of people on social media have even suggested – some jokingly, others in the spirit of pandemic entrepreneurship – that a new dating app be created for the vaccinated.

Those who haven’t been jabbed with the Pfizer-BioNTech or Moderna elixirs need not log in.

Kimberly Te, who hasn’t been inoculated yet, was contacted by one guy who emphasised he had received his first dose. But for Te, that status is not really all that important.

“I didn’t care because it seemed like he had only gotten the first dose so I did not consider him safe from Covid-19,” she told AFP.

“I wouldn’t really care if someone on an online app said they were vaccinated because for the most part, I don’t know these people, so I have no reason to trust them during this pandemic.”

Cristina Vanko – who participated in Moderna’s clinical trials – said she has seen more and more people on dating sites posting about being vaccinated, but she too is not exactly swayed by it.

“For me, there’s no difference between vaccinated or not because I’m vaccinated,” she noted.

“It’s more of an ‘are we both aware of the risks and do we hold the same values about safety?’ question.”

For university student Brittany Biggerstaff, people who say they are vaccinated are not more attractive because of the shot – but it does mean they have put their faith in science.

“It gives insight on a potential partner’s views and knowledge about science and medicine,” she said.

“It kind of signals that this is somebody who actually is being careful with Covid-19, which probably gives people a little bit more peace of mind,” Kang told AFP. In a deeply divided United States (US), where there is a vocal contingent of anti-vaxxers, even love is a battlefield.

On the online discussion platform Reddit, one user, echoed by many others, mocked “all these women being test subjects for big pharma”.

Another vaccine skeptic chimed in: “I’m using people’s stances on vaccines and masks to determine if I even wanna associate with these mindless fools following everything they’re told.”

Vaccination or not, after nearly a year of living in some degree of social isolation because of coronavirus restrictions, some people in the dating pool are eager to get out there.

“People are more active than ever before,” said OkCupid’s Kaye.

“After a really challenging year, people are tired of being alone and want someone by their side, even virtually, during these challenging times.”

Kaye noted that women “especially are more active than ever! They’re sending ‘Likes’ at a significantly higher rate than men.”

Since the pandemic took hold in the US, dating sites have been forced to innovate, offering more video chat options, which had not been a major feature.

Chat and email exchanges have become even more prevalent before couples actually meet up. Random hook-ups are on the wane.

“We have a lot of people telling us, ‘I’m reflecting a lot more about what kind of partner… that I actually want to meet, I’m being more honest and open with my matches about what I really want’,” said Kang.

For Kang, whose site Coffee Meets Bagel encourages the forging of “authentic connections,” the pandemic has been a “wake-up call” for many.