Proceeds from the screenings of the documentary, Prince Azim: Son of the Arts, which premiered on July 2021 were handed over to four charities at Istana Nurul Izzah in Jerudong yesterday.

Earlier, Progresif Sdn Bhd Chief Executive Officer Hajah Nurul Haniah binti Haji Jaafar handed the mock cheques to Their Royal Highnesses before being given to the four charities that Al-Marhum His Royal Highness Prince Haji ‘Abdul ‘Azim had cherished and supported before his passing.

The funds were raised from the documentary’s premiere at Empire Cinema on July 29, 2021; screenings at Times Cineplex cinemas on July 31 and August 1, 2021; and Jerudong International School’s (JIS) Arts Centre on August 7 and 8, 2021.

More screenings had been lined up last year but were postponed due to the resurgence of COVID-19.

The re-scheduled screenings at JIS Art Centre will be announced soon.

The film premiere was supported by Progresif as the marketing and event partner; Times Cineplex and JIS Arts Centre as the venue partners; and D’Sunlit Sdn Bhd and Aewon Brunei as the sponsors-in-kind. 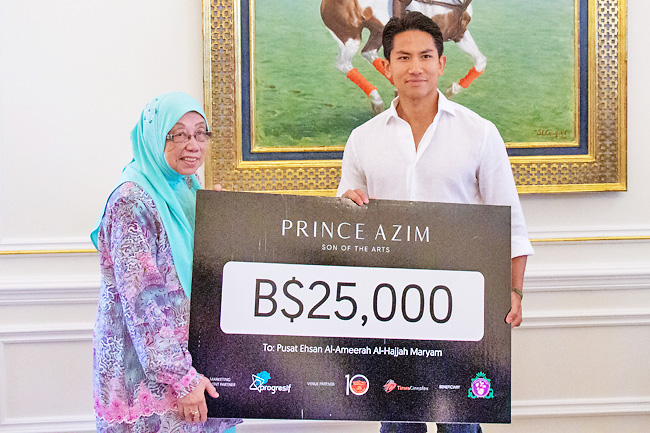 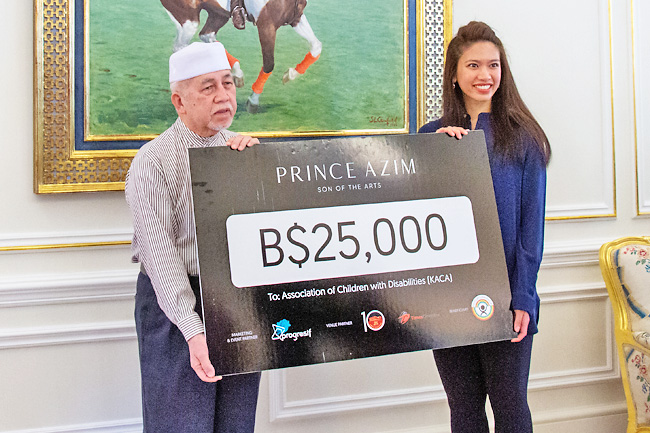