Late, late show as Alcaraz beats Sinner to reach semi-finals of US Open

AFP – Carlos Alcaraz battled past Jannik Sinner in five sets to reach the US Open semi-finals in the latest ever finish in the tournament’s 141-year history.

The previous record for the latest finish to a US Open match was 2:26am, which had been set three times before.

Incredibly, it was the second early-hours-of-the-morning finish for Alcaraz this week.

The Spanish number 3 seed had edged past Croatia’s Marin Cilic in another five-set epic in the fourth round in a match that finished at 2.23am local time on Tuesday.

A crowd of a few thousand die-hard spectators roared their appreciation for Alcaraz as the Spaniard collapsed to the Arthur Ashe Stadium court in delight after a famous victory over Sinner, the 21-year-old Italian 11th seed. 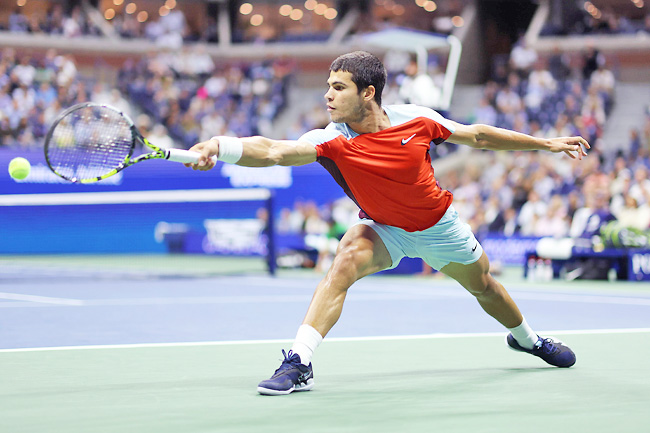 “Honestly, I still don’t know I did it,” said Alcaraz after a win which came after he survived a match point in the fourth set.

“I always say that you have to believe in yourself all the time. Hope is the last thing that you lose. I just believed in myself and believed in my game.”

Alcaraz later described the win as the best performance of his career. “At five hours 15 minutes, from the first ball to the last, there was immense quality from both Jannik and me,” he said. “In all the sets there were goals and we were very close to winning or losing… it was a match that Jannik and I will remember for the rest of our lives.”

A shattered Sinner said the defeat was the hardest of career.

“I had some tough losses for sure, and this is in the top list,” he said. “I think this one will hurt for quite a while but tomorrow – or today – I wake up and try to somehow take the positives.”