SAN FRANCISCO (AFP) – Max Homa chipped in for birdie at the 72nd hole on Sunday to win the PGA Tour Fortinet Championship for a second straight year as Danny Willett crumbled at the last hole.

Homa fired a four-under par 68 at Silverado Resort in Napa, California, his 16-under total of 272 giving him a one-shot win over England’s Willett, who missed a three and a half-foot birdie putt at 18 that would have given him the win.

“It was kind of a wild finish,” Homa said. “The last, like, three minutes are kind of a blur. But I played really good golf. I played solid.”

Willett remains in search of his first US PGA Tour title since his 2016 Masters triumph, although he’s won twice since then on the DP World Tour.

He took a one-shot lead with a birdie at the 14th, where he drained a 15-foot putt from the fringe after an impressive approach shot from behind a tree. 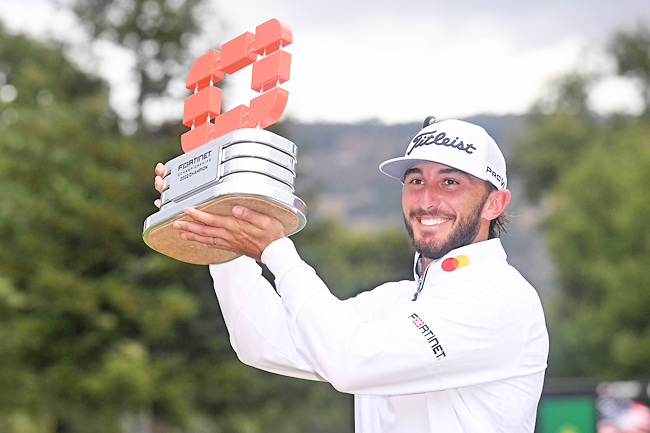 He appeared to be in command at the par-five 18th, where he landed his 66-yard third shot less than four feet from the pin while Homa was in a bunker short and left of the
green.

Homa’s bunker shot failed to reach the green, settling in a mown swale below the putting surface, but his chip took a couple of small hops and rolled in the cup.

“I expected him to do it, but then it’s still a bit of a shock when it happens,” said Willett, who had outstanding putting all week from within 10 feet but couldn’t make his short birdie for the win.

It burned the left edge and failed to drop, and he missed the four-footer coming back as well on the way to a three-under par 69 that gave him a 15-under total of 273.

“Disappointing way to finish, but you know, first out of the season, to be in contention, things are in a good place. We’ll live to fight another day,” Willett said.