NAIROBI (AP) – Ethiopia’s military has launched a “large-scale” offensive for the first time in a year in the country’s northern Tigray region, Tigray authorities alleged yesterday, while the government countered that Tigray forces attacked first.

The renewed conflict in Tigray is a significant setback to mediation efforts and humanitarian work to reach millions of people starved of food and other needs.

The claims followed months of regrouping by one of Africa’s largest militaries. Ethiopia’s military this week warned the public against any reporting of troop movements.

The Tigray conflict began in November 2020, killing thousands of people in Africa’s second most populous country, and it calmed in recent months amid slow-moving mediation efforts. But last week, the spokeswoman for Prime Minister Abiy Ahmed asserted to journalists that Tigray authorities were “refusing to accept peace talks.”

An August 23 letter signed by Tigray leader Debretsion Gebremichael and shared with The Associated Press says Tigray leaders had “conducted two rounds of confidential face-to-face talks with senior military and civilian officials”, the first confirmation of direct talks. But the letter says “unacceptable conditions have been inserted into the peace process”, and it urges the international community to step in quickly.

The Tigray military command’s statement yesterday said Ethiopian forces, along with Amhara special forces and Amhara militias, “have started a large-scale attack around 5am in the direction of Alamata, southern Tigray”. Tigray forces spokesman Getachew Reda tweeted that the offensive followed a “week-long provocation” by forces in the neighbouring Amhara region.

Ethiopian military spokesman Getnet Adane did not respond to questions. The government’s communication service in a statement asserted that the Tigray forces launched attacks yesterday morning. It said if attacks continue, “the government will take measures to save the country”. 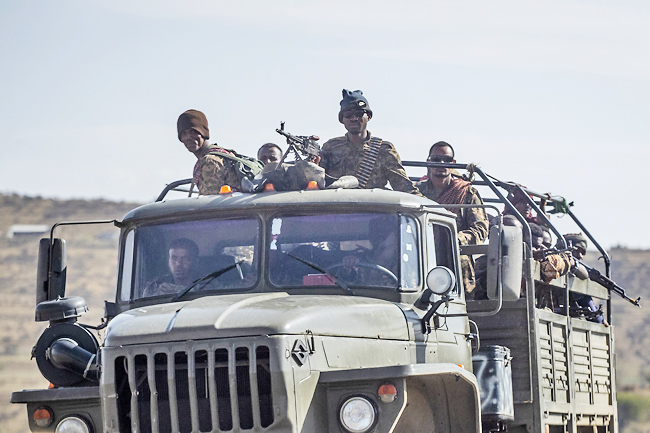