This is the president’s first state visit since he was appointed as the President of Laos on March 22, 2021. During the state visit, the president met His Majesty Sultan Haji Hassanal Bolkiah Mu’izzaddin Waddaulah ibni Al-Marhum Sultan Haji Omar ‘Ali Saifuddien Sa’adul Khairi Waddien, Sultan and Yang Di-Pertuan of Brunei Darussalam for a bilateral meeting, in which both leaders welcomed the expansion of existing cooperation in the fields of education, culture, youth and sports, as well as the exploration of new areas of cooperation including through engagement with private sectors. In addition, two memoranda of understanding (MoUs) between both countries were signed in the fields of agriculture and energy.

Also during the state visit, the president met with senior officers from Brunei Shell Petroleum Company Sdn Bhd and Brunei LNG Sdn Bhd, as well as attended the Investment and Business Forum.

A state welcoming ceremony and state banquet were also held to commemorate the president’s state visit.

Brunei Darussalam and Laos share close and long-standing relations, in which both countries will commemorate the 30th anniversary of the establishment of diplomatic relations in 2023. 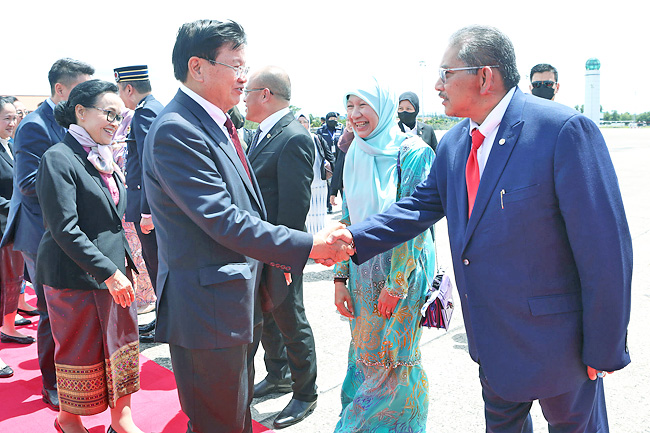