THE STAR – Health experts said diabetes is increasingly prevalent in Laos due to changes in lifestyle as the country develops.

Diabetes is on the rise among individuals of all ages according to the Deputy Chief of the Pediatric Ward at Vientiane’s Mahosot Hospital Dr Amphayvanh Manivong who spoke to the Laotian Times last week.

“We see a lot of type 2 diabetes these days since the country has begun developing, with everyone’s diets changing. People get less exercise because they rely more on cars and public transportation rather than cycling or walking,” said Dr Amphayvanh.

She suggested that people can avoid developing type 2 diabetes by exercising regularly, as well as being more mindful about what they eat.

“Non-diabetics should exercise for 30 minutes to an hour, three times per week.

However, I advise diabetic patients to do so every day for the same amount of time, as well as to be mindful of what they consume,” she added.

According to the World Health Organization (WHO), type 2 diabetes is a result of the body’s ineffective use of insulin.

Type 2 diabetes affects more than 95 per cent of diabetics. This kind of diabetes is related to high body weight and inactivity.

Dr Amphayvanh said that type 1 diabetes cases often went undetected in Laos because hospitals in the country lacked the technology to test for the disease. 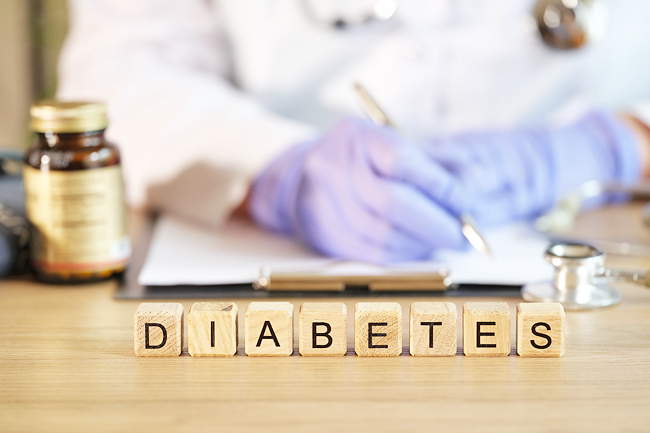