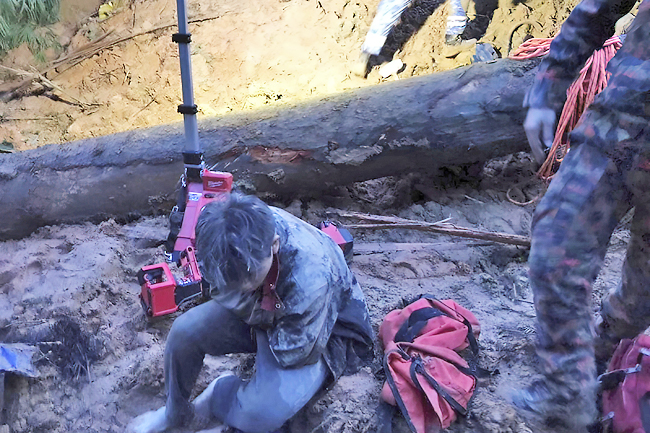 BATANG KALI, Malaysia (AP) – A thunderous crush of soil and debris killed 18 people at a campground in Malaysia on Friday, and rescuers dug through the mud for another 15 who were feared buried in the landslide.

More than 90 people were sleeping on an organic farm when the dirt tumbled from a road about 30 metres above the site and covered about one hectare.

Two of the dead were found locked in an embrace, according to the state fire department chief.