THE WASHINGTON POST – Landscape architect Julie Bargmann, who for 30 years has transformed post-industrial and sometimes toxic sites into inviting spaces, is the winner of the first Cornelia Hahn Oberlander International Landscape Architecture Prize, a biennial award of USD100,000 given by the Cultural Landscape Foundation.

Bargmann is a professor at the University of Virginia and founder of Dump It Right There (DIRT) studio, best known for designs that reimagine contaminated and neglected urban sites.

Her notable projects include the Urban Outfitters headquarters at the United States (US) Navy Yard in Philadelphia, winner of a 2014 American Society of Landscape Architects Honor Award for its innovative salvaging strategy that reused concrete chunks, saving them from becoming landfill. Her design for Vintondale Reclamation Park, a 35-acre site in Vintondale, Pennsylvania, included a natural water filtration system and won the 2001 National Design Award from the Cooper Hewitt Smithsonian Design Museum.

The Oberlander jury described Bergmann as “a provocateur, a critical practitioner, and a public intellectual”. The jury cited her environmental awareness and social-justice approach as significant for our time.

Bargmann, 63, said she was gratified by both the prize – which spotlights her body of work transforming difficult spaces – and its association with Canadian designer Oberlander, a pioneer in the field who died in May at 99. Oberlander’s notable designs include the National Gallery of Canada in Ottawa, the Canadian Embassy in Berlin and Robson Square and the Public Library in Vancouver. She was an early advocate for green roofs and pushed the field to address social issues and climate change. 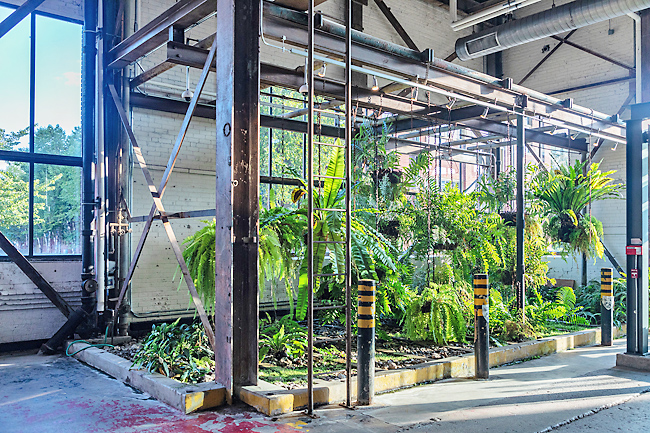 “She said, ‘I just gave up downhill skiing. I can only do cross-country,'” Bargmann said, adding that she turned to her colleagues and said, “I want to be like Cornelia when I grow up.”

The inaugural Oberlander Prize Forum takes place today at Highline Stages in New York City and focusses on landscape architects who are leading the effort to address the climate crisis.

Born and raised in New Jersey, Bargmann graduated from Carnegie Mellon University with a bachelor of fine arts in Sculpture. She earned a masters in landscape architecture from Harvard University and was a fellow at the American Academy in Rome.

A storyteller at her core, Bargmann is attracted to postindustrial sites because of their complexity and rich histories. Rather than correcting or disguising their often-troubled histories, she incorporates them into what she calls the next shift. Bargmann contracts historians, commissions social and cultural reports along with environmental studies, and weaves the findings into her plans. This practice reuses the materials of the site, including brick, concrete and metal.

“Those sites were so full of conflict and stories,” she said, explaining her practice. “You go to a coal-mining site, you start to wonder what was this like, what was it like to work here, what was the machinery and how did it work?

“I made the argument that they were cultural landscapes,” she said. “It’s the next part of the process, regeneration. It’s the next shift.”

Embedded in her approach is a sense of optimism that translates into an accessible, inviting vibe, she said. Her design for Core City Park in Detroit, for example, transformed a parking lot into a lush urban park. Bargmann salvaged parts of a 19th Century firehouse that once occupied the site, and an old bank vault that had been buried under the asphalt, repurposing the stone for benches. Her goal, she said, was for the park to exude optimism.

“If you make something exude optimism, it is accessible and welcoming,” she said.