LOS ANGELES (AP) – Anthony Davis knew he had to have a big game to help the Los Angeles Lakers snap a five-game losing streak.

After getting motivation from an unlikely source, he put together his best game of the season.

“I was watching the Green Bay Packers game (against the Dallas Cowboys) and Aaron Rodgers threw a slant to Allen Lazard for 40 yards. He was flexing and that got me motivated,” said Davis, who had a season-high 37 points and 18 rebounds in the Lakers 116-103 victory over the Brooklyn Nets yesterday.

“I knew I had to dominate to get this win. With LeBron (James) out, a lot of guys lean on me to get the job done.”

Davis grabbed 10 offensive rebounds, which tied a career-high in a regular-season game, as the Lakers led throughout. Davis was averaging only 8.6 points in the second half, but had 21 against the Nets, including 15 in the third quarter. 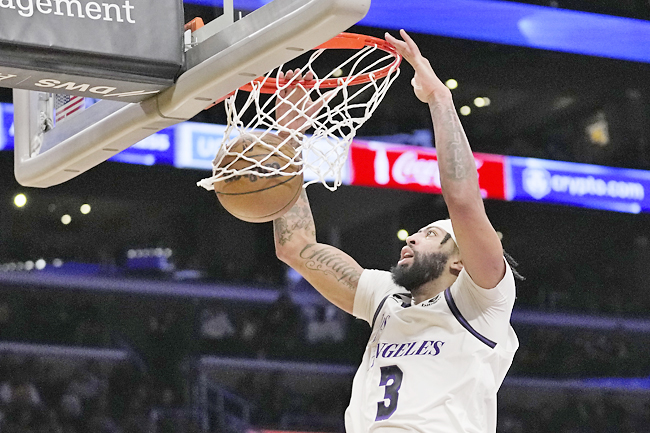 “I was trying to get to the paint and score inside knowing they had limited shot blockers,” Davis said.

“If we put it on the rim then I had a guard on me and a chance to get an offensive rebound.”

Davis was not only active inside on the boards, but in his shot selection as well. All but two of his 25 attempts were in the paint.

“That’s been the plan and figuring out how to get him more touches and in rhythm.