The former France and Paris Saint-Germain boss took charge earlier this month after Dutchman Peter Bosz was sacked following a dismal start to the season.

Houssem Aouar, who was little used under Bosz this term, put Lyon ahead on 33 minutes with his first goal of the season in Montpellier.

Elye Wahi’s superb overhead kick brought the hosts level on 70 minutes before both teams were reduced to 10 men when a clash between Stephy Mavididi and Sinaly Diomande resulted in a pair of red cards.

Lacazette had the final say as he struck the winner in the 90th minute to halt Lyon’s wretched series of results.

Lyon had lost 3-2 at Rennes in Blanc’s first game at the helm last weekend. 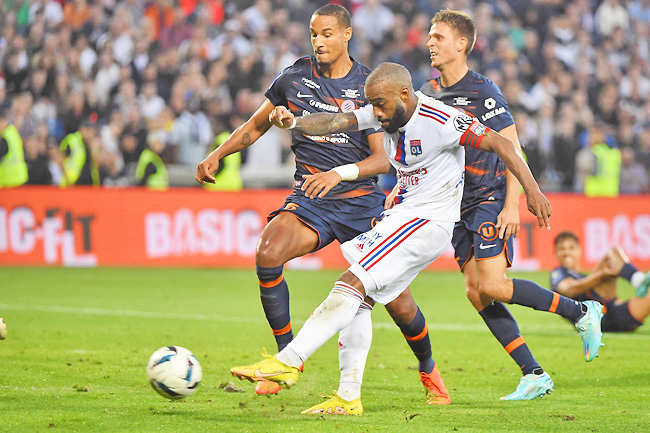