BEVERLY HILLS, CALIFORNIA (AP) – Picture it: A vacant Beverly Hills bistro has been transformed into the set of a 1980s sitcom about four women living in Miami – but it’s also a working restaurant.

Reservations have been going fast at the newly opened The Golden Girls Kitchen. Some patrons have come from out of state to see the pop-up eatery.

Joe Saunders, of Cranston, Rhode Island, his two teenage children and their mother were visiting Northern California when they learnt about the pop-up. So they made a special trip south just to see it.

“I was a little hesitant about coming but my kids’ mum really wanted to come,” said Saunders, who was wearing a T-shirt referencing the sitcom’s fictitious Shady Pines retirement home. “It’s been a good time… the lasagna, the strawberry daiquiri and I’m going to have a piece of cake with ice cream, too.”

The first month of reservations sold out before the pop-up opened on July 30, which the Internet deems National Golden Girls Day. It’s just the latest example of the comedy rising to pop culture relevancy again. In just the past few months, the first ever Golden-Con fan convention was held in Chicago and a pilot for an animated, futuristic Golden Girls series is being shopped around. 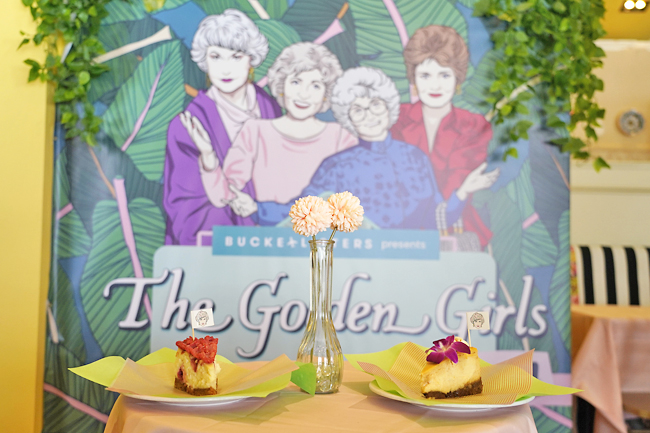 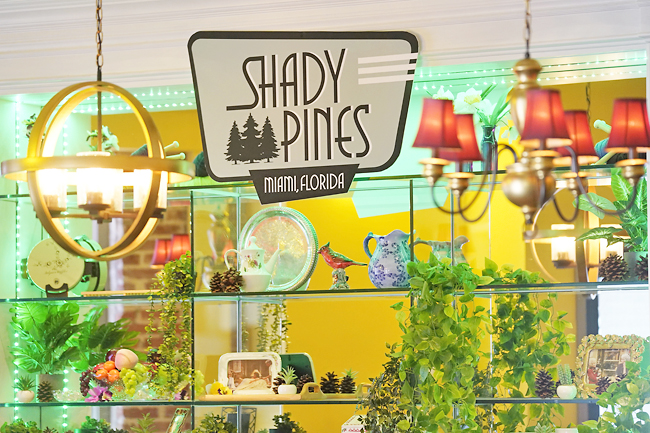 Bucket Listers, an online events company, organised the pop-up. It had the blessing of Disney, which owns the rights to Golden Girls.

So, organisers were free to put Easter Egg references in the decor and the menu. Upon walking in, fans are immediately greeted by a waiter at the Shady Pines counter.

Further inside is a replica of the women’s kitchen counter, complete with a yellow wall phone. Behind the dining room is a recreation of Blanche’s bedroom, including the iconic banana leaf bedspread and wallpaper.

“It has been so heartwarming to see my mum light up. I know that she’s watched the show at least 50 times each season,” said AJ Maloney, 23, who came from San Diego with her mother, Shellee, 45.

Since 2016, he has overseen half-a-dozen restaurant tributes starting with a Saved By the Bell diner in Chicago.

Breaking Bad, Beverly Hills 90210 and Good Burger have also inspired fast-casual diners. Berry’s criteria for the pop-up treatment is if a show has “staying power” and people are constantly quoting it. Golden Girls was inevitable.

“Every time we announce a pop-up, we look at the comments. People are like ‘I love it, but you should have done this!’ And it’s always Golden Girls,” said Berry, who worked with a 45-member team. One of the most fun aspects was working with executive chef Royce Burke to devise menu items and to name them.

The choices of course include lasagna – which the Sicilian-born Sophia often cooked – and various flavours of cheesecake.

There are also references to Scandinavian delicacies mentioned by Rose in her stories about her hometown of St Olaf, Minnesota.

“I like all the St Olaf items where you never knew if they were real or not,” Berry said.

“We threw a couple on there. It’s so fun to see my staff and myself try to pronounce them.”

The pop-up only has reservations through late October. But its popularity has been beyond expectations. So much so that there are plans to take it on the road to New York, Chicago, San Francisco and, of course, Miami, Berry added.

The Golden Girls premiered in 1985. None of the four stars are alive. Bea Arthur, Rue McClanahan, and Estelle Getty all died in the late 2000s and Betty White died last December at age 99.

Yet, because of cable reruns and streaming availability on Hulu, the show keeps finding new life and new, younger fans.

The widely varying demographics of the restaurant’s patrons are proof of that. Moses Nicholas and his girlfriend, Johanna James, both 18 and from Los Angeles, had a date over vegan lasagna and vegan cheesecake.

Their reservation was a surprise gift from James’ mother, who knew both of them grew up watching Golden Girls in syndication and still catch it on Hulu.

“There’s something so relatable to the show for me for some reason,” Nicholas said. “I just find it really funny and it’s very comforting to watch.”

Shirley Lyon and her three girlfriends, all of whom are senior citizens, came from Palos Verdes, California, with their own drinkware.

The quartet, who call themselves “golden girls,” brought Golden Girls mugs they made but with their faces superimposed over the characters. Just being in the restaurant brought back the joy they feel when watching the sitcom.

“People here I think all love them,” Lyon said. “I don’t think anybody comes who hasn’t experienced how precious they are. I just love their friendship.”