In an interview with Madrid daily newspaper Marca, Al-Khelaifi said, “We do what we do because we know we can. It’s not our style to talk about other leagues, clubs or federations.

We’re not preaching and we’re not going to allow anybody to preach to us. Every year it is the same. We are going to continue building our project.”

Quoting Al-Khelaifi’s comments on Twitter, Tebas wrote on Wednesday: “Al-Khelaifi is another level. He takes us all for fools (not even he believes his lies) and shows up in @marca preaching with pride and arrogance about the ‘nouveau riche’.

“The rules do not exist for @PSG_inside. We will continue to fight for a football that is sustainable and without cheating.” 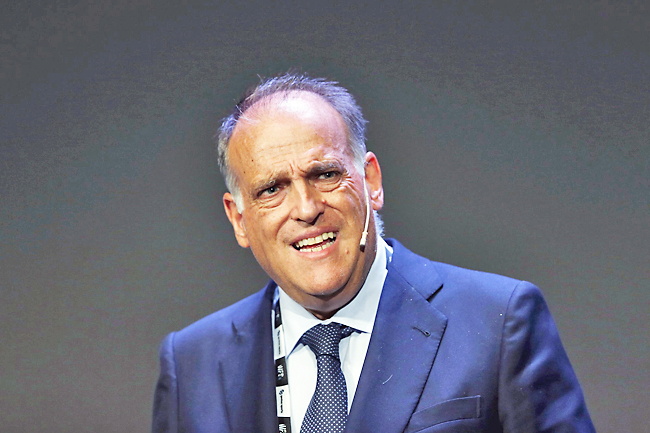 Tebas has long-rallied against the financial wealth of state-backed clubs like PSG and City, who he insists are constantly breaking UEFA’s financial fair play rules and disturbing the economic balance of the game.

As well as its complaint filed to UEFA against the two clubs, La Liga has hired legal firms in France and Switzerland “with the aim of undertaking administrative and judicial actions before the relevant French bodies and the European Union as soon as possible”, La Liga said last week.

The league is also considering taking action against Al-Khelaifi regarding a “conflict of interest”.

Mbappe rejected Real Madrid last month to sign a new three-year contract with PSG, who will pay the striker a salary of between EUR40 and EUR50 million.

PSG suffered a EUR224.3-million loss in 2020/21, an increase of 80 per cent on the previous year, the annual report from French football’s financial authority (DNCG) said earlier this month.