Nine memorandums of understanding (MoUs) were inked between the Religious Teachers University College of Seri Begawan (KUPU SB) and several foreign higher learning institutions at the Plenary Hall of the International Convention Centre in Berakas yesterday.

The signing coincided with a Kesyukuran ceremony in conjunction with KUPU SB’s 12th Convocation Ceremony.

The MoUs were inked by Ra’es of KUPU SB Dr Haji Adanan bin Haji Basar and witnessed by the minister.

Among the areas of cooperation include student and staff exchanges, publication exchange, collaborative research and teaching programmes and cooperation in fields providing advantages for both parties. At the ceremony, 16 excellent students from Years 1 to 4 received the Dean’s Award. 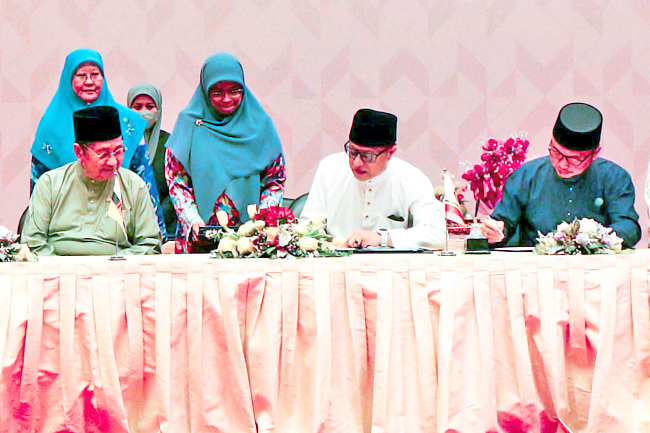