It took about an hour for the court interpreter to read the charges under Section 16(a) (A) of the Malaysian Anti-Corruption Commission (MACC) Act 2009.

According to the first until 21st charges, Mohd Amal allegedly received bribes in 21 different transactions from Majestika Sdn Bhd Director Mustaza Zawawi through a Maybank account belonging to MAMN Goldenvision Enterprise, with the abetment with MAMN Goldenvision’s director Muhammad Nazreen Abd Hamid, as inducement for the accused to help Faltech Engineering Sdn Bhd to obtain the works involving “Provision of Civil & Structural Maintenance Services for PCSB”.

Mohd Amal was also accused of receiving bribes in three transactions from SAP House Sdn Bhd project manager Robert Khoo that were credited into a Maybank account belonging his own business as gratification for him to check and approve documents in relation to “job completion ticket” by SAP House Sdn Bhd, linked to a contract between PCSB and Faltech Engineering. 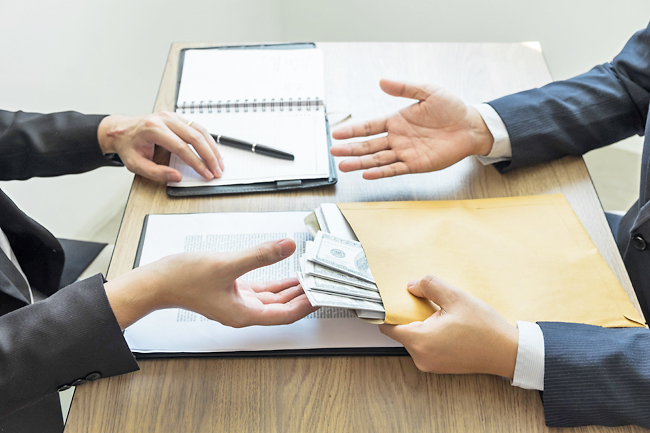 For the remaining 13 charges, Mohd Amal allegedly received bribes from Khoo through cheques belonging to SAP House, which were banked into MAMN Goldenvision’s Maybank account with the abetment of Muhammad Nazreen, as gratification for Mohd Amal to approve a PCSB job completion ticket linked to the ‘Provision Of Civil & Structural Maintenance Services For PCSB – Sarawak Operations’ contract.

Rozina fixed bail at MYR150,000 in one surety and ordered for the accused to surrender his passport to the court and to report himself to the MACC headquarters each month. Before another Sessions Court judge Azura Alwi, Mohd Amal was slapped with six charges of money laundering under Section 4(1)(b) of the Anti-Money Laundering, Anti-Terrorism Financing and Proceeds of Unlawful Activities Act 2001.

He was accused of five counts of receiving MYR798,985.49 from MAMN Goldenvision and MGV Energy Sdn Bhd, monies which were believed to be proceeds from unlawful activities, through four bank accounts belonging to Muhammad Nazreen.

The offences were allegedly committed at Maybank, KLCC and CIMB, Jalan Pantai Baru between July 13, 2017 and March 18, 2022.