Kota Ranger FC made an explosive start in the Brunei Super League after running riot in a thumping 7-0 victory over Setia Perdana at the Track and Field of Hassanal Bolkiah National Sports Complex yesterday.

Adi Said, the club’s local star acquisition, opened his league account with a brace in either side of the half while fellow newcomer Azim Izamuddin Suhaimi asserted his influence into the team with a classy assist which led to the opening goal of the game.

While Kota Ranger carved the clearer chances in the first half, new boys Setia Perdana mirrored IKLS MB-5 FC’s approach of temporarily giving MS ABDB a run for their money.

Kota Ranger took the lead in the sixth minute when Adi Said fired a powerful shot leaving the Setia Perdana goalkeeper no chance following a crisp delivery by Azim Izamuddin.

The Sumbangsih Cup match-winner was well positioned to double his tally after connecting from an excellent cross by Esmendy Ibrahim but his effort was matched by the Setia Perdana goalkeeper Muhammad Said bin Haji Hamzah.

The star striker was not the only player that the Setia Perdana’s defence had to contend with as Awangku Hazmi bin Pengiran Salleh provided threat on the flanks but the Setia Perdana goalkeeper had the angle covered and pushed the ball into the side-netting.

The abundance in quality in Kota Ranger’s crossing was apparent with Azim Abdul Rahman providing service to Adi but the latter contrived to send his shot harmlessly wide.

A Setia Perdana defender rescued his side from further setback after making a timely block to shut out Azim’s goal-bound effort, a move which was reciprocated by the Kota Ranger defence after opposing forward Mohd Syafiq Karim pulled the trigger.

The final chance in the first half fell to Kota Ranger winger Asyraffahmi bin Norsamri whose tame effort failed to trouble Muhammad Said following a precise cross by Awangku Hazmi.

Despite proving a match to one of the league’s stronger sides in the opening half, reality sets in as Setia Perdana witnessed a higher playing standard in the country’s top flight.

The promising start to life in the Brunei Super League was slowly turning into a distant memory as Awangku Hazmi doubled the lead in the 47th minute before Asyraffahmi established a three-goal cushion a minute before the break.

Asyraffahmi made it 6-0 eight minutes from time, before Adi capped off a memorable league debut with his second goal deep into stoppage time. 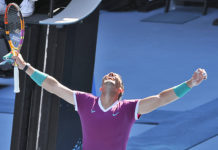 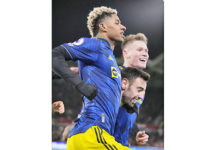 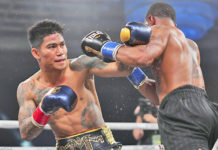