WASHINGTON (AFP) – World number two Danielle Kang and New Zealand’s Lydia Ko each fired a seven-under-par 64 on Thursday to share the lead after the opening round of the LPGA Marathon Classic.

Kang, coming off a victory in last week’s Drive On Championship that ended a layoff since mid-February, kept her momentum going with seven birdies in a bogey-free round at Highland Meadows, in Sylvania, Ohio.

“If you’re playing well, you just got to trust your game and keep playing your game, so that has been my plan,” Kang said. “I’m striking it really well. Putting speed is there. Just got to keep trusting it.

“I worked a lot on my putting for the last couple days. Didn’t really like how the ball was coming off my putter. But I got a good feel out of it, then today my putting worked really well. There are days when the ball goes where you see, and that’s what happened.”

The 27-year-old American was excited to finally return to competition after the LPGA 2020 campaign was shut down by COVID-19 in mid-February following only four events.

“Six or seven months off, definitely miss the competition,” she said. “Being able to come back and compete again is what I was most excited about.”

Former world number one Ko won the Marathon Classic in 2014 and 2016 but Thursday was her best round at the event as she chases her first LPGA victory since April of 2018.

“Nice to start this week on a high note,” Ko said. “I had like four or five really tap-in putts where they’re stress-free and not even reading putt. You just walk up there and hole it.”

Ko began on the 10th hole and opened and closed the back side with birdies among four before the turn. She birdied the par-3 second and par-4 fifth before sandwiching birdies at seven and nine around her lone bogey.

“I tried to just play my own game and give myself good looks for birdies,” Ko said. “I actually got pretty lucky in some cases, so I think it was one of those days where it’s kind of clicking. I feel very relieved with the way it went.

“It’s always nice to come back here. Any event when you know you’ve played well before, gives you confidence and you draw back a lot of the good memories.”

American Megan Khang was one stroke off the pace after an opening 65 while South Korean Jenny Shin, Germany’s Sophia Popov and Americans Angel Yin and Ally McDonald were another stroke adrift. 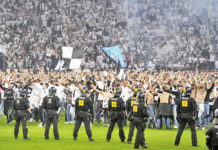 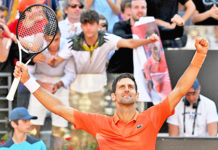 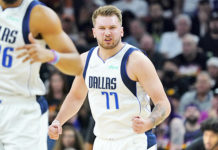