THE WASHINGTON POST – Cases of COVID, flu and RSV are colliding, keeping kids home from school, straining hospital systems and prompting worries about a potential “tripledemic.”

Cases of respiratory syncytial virus, known as RSV, have surged, the flu season has come early, and COVID-19 cases are beginning to rise.

The United States (US) Centers for Disease Control and Prevention (CDC) reported that 5.8 per cent of outpatient visits now are due to respiratory illnesses whose symptoms include fever plus a cough or sore throat, well above the normal baseline of 2.5 per cent.

While most people recover from respiratory illnesses, some people, mostly infants and older adults, can become very ill and require hospital care.

How do you tell the difference between the various viruses, and how do you know when to seek medical care?

The Washington Post spoke with four infectious-disease experts to answer some common questions about the outbreak of respiratory illnesses, symptoms and treatments. Here’s what they said. 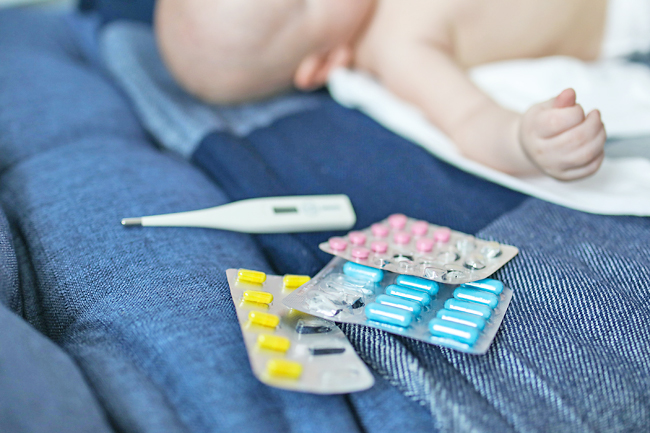 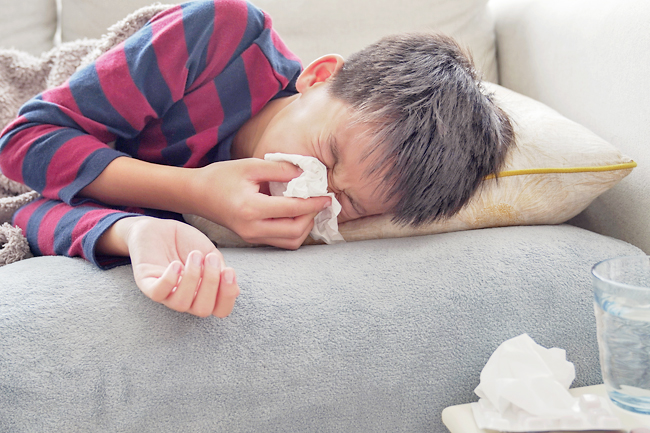 RSV VS FLU VS COVID: WHAT ARE THE FIRST SYMPTOMS?

All three respiratory viruses can have some or all of the same symptoms, including a cough, runny nose, fever or sore throat.

The flu is notorious for quick onset and fatigue and body aches that feel like “you’ve just been hit by a truck”, said chief of the emergency department at NYU Langone’s Hassenfeld Children’s Hospital Ethan Wiener.

COVID has a “constellation of symptoms”, usually accompanied by headache but not always. It often begins with a sore throat but may also include a cough, fatigue, respiratory symptoms, fever and sometimes tightness in the chest, among other symptoms.

RSV is a common winter virus that usually causes mild, cold-like symptoms that typically appear in stages, not all at once.

Symptoms can include runny nose, loss of appetite, coughing, sneezing and wheezing. Some people with RSV may have a fever, but not everyone.

In infants, the only symptoms may be irritability, decreased activity and breathing difficulties, according to the CDC.

Sometimes, RSV can lead to bronchiolitis, inflammation of the small airways in the lung; and pneumonia, an infection in the lung.

If you’re an adult or child who’s already been vaccinated for COVID or flu, your symptoms may feel like a common cold, but the symptoms also could be caused by an immune response as your body fights off the viral invaders.

The good news is that your paediatrician or family doctor can do a swab test to determine which virus you have. Hospitals also have a single test that can check for all three viruses.

The treatment is largely the same: comfort care. Manage fever and pain with ibuprofen or acetaminophen, but the CDC advises to never give children aspirin, which has been linked with a rare condition call Reye’s syndrome.

“At the end of the day, the treatment is to try to stay comfortable and try to stay hydrated,” said Wiener. “It’s really a matter of supporting them.”

HOW CONTAGIOUS IS RSV, FLU AND COVID?

All three viruses can spread when an infected person coughs or sneezes, which can propel droplets some distance, landing in someone’s eyes, nose or mouth.

Close contact, such as kissing or cuddling, with an infected child or adult can also transmit the viruses.

Research suggested that covid and flu can be spread by aerosolised particles that float in the air and are inhaled by others, which is why both the sick person and caregiver should wear a mask.

RSV may also be spread by aerosols, but the virus is unusual in that it can survive for many hours on hard surfaces such as doorknobs, tables, toys and crib rails, according to the CDC.

The virus can live on tissues and hands for shorter amounts of time. A common way RSV is spread is by touching a surface that has been contaminated by respiratory secretions and then touching your face.

You can reduce your risk of contracting all three viruses by regular hand-washing with soap and water, using hand sanitiser and learning to stop touching your face.

Almost all children are infected with RSV by their second birthday, and most infections resolve on their own in a week or two, according to the CDC. But, experts said, years of masking and social distancing during the pandemic has meant many infants and toddlers are just now being exposed to the virus, which is why we are seeing so many cases.

Many parents have the impression that RSV has a distinct cough, but doctors say this isn’t a good way to determine whether a child has the virus.

Someone infected with RSV often has a wet cough, but it may sound like the same type of cough you’d have with other respiratory viruses, said paediatric pulmonologist and the chair of paediatrics at the University of North Carolina at Chapel Hill Stephanie Duggins Davis.

The RSV cough is not like croup, an upper-respiratory infection children can get, which causes a cough that can sound like a “seal barking,” Wiener said.

WHEN SHOULD PARENTS TAKE THEIR KIDS WITH RSV TO THE HOSPITAL?

It’s a good idea to keep in touch with your paediatrician or family doctor about you or your child’s symptoms so that they can advise you. In general with a respiratory illness, you should seek emergency treatment if you have difficulty breathing, take a turn for the worse or simply feel concerned because a child just “doesn’t seem right”.

Using a pulse oximeter can help you monitor oxygen levels, which generally should be around 94 or higher. The devices can be less reliable for people with darker skin, so you should seek medical advice if you see a drop of four points or more.

The vast majority of kids with RSV are going to have “relatively mild” cases, Wiener said. But children younger than 12 months and especially those with underlying health conditions, such as a weakened immune system or a heart condition, are more at risk of a severe case of the virus.

For some, the respiratory symptoms can get progressively more severe after a few days. It’s important to call your primary care doctor or your child’s paediatrician “sooner rather than later”, said paediatric infectious-disease specialist at Cedars-Sinai Guerin Children’s in Los Angeles Priya Soni.

If you notice your child is having trouble breathing or they’re dehydrated, experts say you should take them to the emergency room.

For infants, watch for short pauses in breathing called apnea. Or look at your child’s chest when they’re breathing and watch for retractions, which look as if the child is pulling in at the ribs and collarbone for every breath.

In children or adults with lighter skin, blue lips and a pale complexion may signal they are not getting enough oxygen and should go to the ER. In people with darker skin who have low oxygen, lips, skin and gums may become more grey.

With dehydration, for an infant or toddler, you can monitor their eating habits and whether they’re having fewer wet diapers day to day, Soni said. One or two out of every 100 children under six months old who have RSV may need to be hospitalised, according to the CDC. Once in the hospital, staff may provide oxygen, an IV and mechanical ventilation to help the infant breathe. Most babies are discharged after a few days.

CAN ADULTS GET RSV AND SPREAD IT?

“Adults can absolutely get RSV,” said Murray. But because adults have probably been exposed to the virus before, their symptoms probably won’t be as severe as those of an infant or toddler facing the virus for the first time.

Assume you are contagious if you have any symptoms, including a fever, experts said. People who have RSV are contagious for three to eight days on average, said Soni. If you’ve been exposed and you’re worried about spreading RSV, take the same measures you would for the coronavirus: Wear a mask and avoid crowded public spaces.

“Masks work to protect you and protect others,” Wiener said. “It’s reasonable, it’s rational, it’s thoughtful to wear a mask if you’re going to be around other people, especially indoors.”

IS THERE AN RSV VACCINE?

Flu and COVID shots may protect you from contracting the illness and will help prevent more severe illness if you do get the virus.

An RSV vaccine given during pregnancy is under development. Earlier this month, Pfizer announced that an RSV vaccine given to expectant mothers protected infants from developing severe symptoms from the virus in the first six months after birth. The company plans to apply for vaccine approval by the end of the year.

For now, doctors can provide an antibody injection for infants who are particularly at risk of a severe RSV infection.

Soni said she’s hopeful that in a few years the RSV vaccine will be readily available.

Murray said his hospital is already starting to see RSV cases plateau. It’s hard to predict what might happen in the coming weeks, but it’s likely that flu cases will continue to rise.

“If ever there was a year to get your flu vaccine, or to have your child get a flu vaccine, this is a year,” he said.