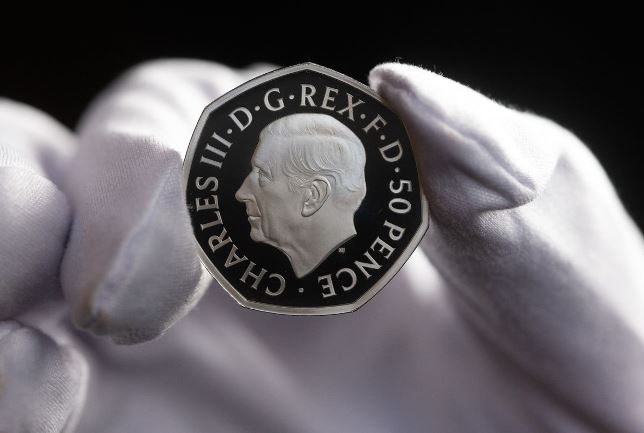 The new GBP0.50 (USD0.60) piece features an effigy of Charles, who became king after the death of his mother Queen Elizabeth II in September.

The Royal Mint, official producer of United Kingdom (UK) banknotes and coins, is initially releasing 4.9 million of the coins via transactions made at the country’s postal offices.