THE WASHINGTON POST – Asha de Vos’s first attempt to save the whales was at age six. She created a poster featuring the huge marine mammals with details that were more artistic than scientific.

“When you looked at it, it was ridiculous,” de Vos, who’s now 42, said recently from her home in Sri Lanka. “The whales have lipstick and sharp teeth.”

The episode wasn’t an “aha” moment but part of a long journey for de Vos to become a marine biologist in Sri Lanka.

At the time, the island nation had no school or training programme for marine biology, she said. The ocean was a place to earn a living by catching fish, not studying them.

Support from her parents gradually led toward her career choice. They encouraged her to be curious and to learn to swim with lessons at a local pool.

Author of the novel 2001: A Space Odyssey and diving enthusiast Arthur C Clarke, happened to be a member of the same pool. Clarke would tell stories of his diving adventures that left young Asha on the edge of her seat. 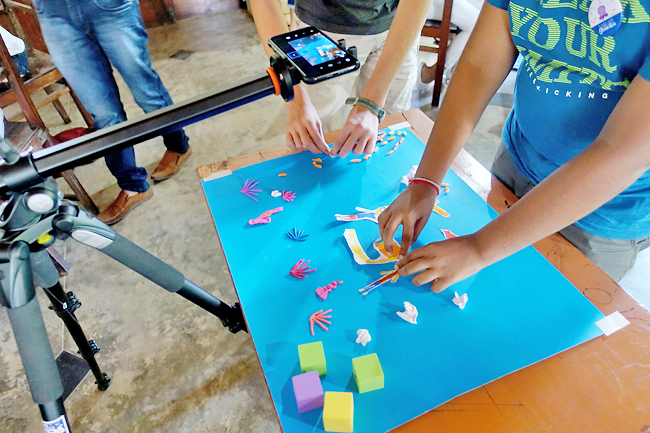 “I learned you could see things that no one had ever seen,” she said. By age 18, de Vos was a good swimmer and loved water. She also loved science.

“I realised being a marine biologist was everything I ever wanted,” she said.

Pursuing that dream meant travelling halfway around the world to St Andrew’s University in Scotland followed by biology field work in New Zealand.

It was the start of her life’s work: studying whales. She continued to study and research far from home, with the aim of going back.

“I always promised I would return,” she said.

A lot of people told de Vos her goal of working as a marine biologist in Sri Lanka was foolish.

But the comments didn’t discourage her. De Vos did return and conducted groundbreaking research on blue whales that live in the northern Indian Ocean.

Her work has impacted policies to protect these giant creatures. She also became an ocean educator, sharing her knowledge of ocean life to inspire the next generation of marine biologists. (Her 2014 TED Talk on how whale poop helps the ocean has more than 1.5 million views).

“I think kids have to realise they are very powerful,” de Vos said. “Science is for everyone. Don’t let anyone tell you you’re too young.”

She encourages kids to observe the natural world, ask questions and share what they learn.

“Get used to taking pictures of what you see,” she said. “Write about it. Tell people that that’s what you found in your backyard.”

Citizen science projects such as iNaturalist, run by the California Academy of Sciences and the National Geographic Society, have allowed people of any age to contribute to research.

“On iNaturalist there have been discoveries of new species,” she said. “It could have been anyone who found it.”