Green Protocol is one of the initiatives spearheaded by the government in promoting a sustainable lifestyle in efforts to reduce carbon emissions in the country, which is in line with the Brunei Darussalam National Climate Change Policy (BNCCP) of paving the way for the country to become a sustainable nation.

It outlines a set of guidelines that can contribute significantly to the reduction of carbon footprint, through the adoption of efficient technologies and conservation measures in a number of areas – energy; water; paper and plastic usage; waste disposal management; official events management; and tree planting. 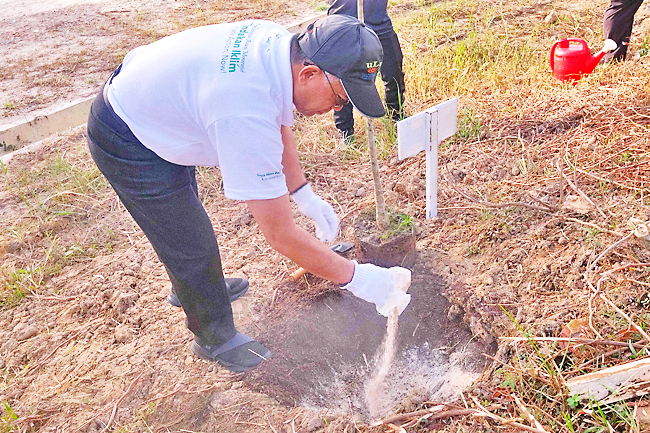 The launch of the protocol serves to further strengthen existing initiatives and to enhance awareness within the government sector.

Most measures introduced under the protocol have already been initiated in most government buildings.

Tree planting is one of the most significant elements under the protocol; it emphasises that for every tree cut during the development of any government project, one new tree must be planted to compensate for the loss of carbon removal capacity, in line with Strategy 2 (Forest Cover) of the BNCCP, which seeks to increase the national carbon sink through reforestation and afforestation.

With forest coverage of 72 per cent, Brunei was carbon neutral in 2018. However, the carbon emissions were slightly higher due to the recent economic development, thus mitigation measures under the protocol have been put in place to bring down the carbon emissions.

These measures require a whole-of-nation effort to ensure the transition to a low-carbon and climate resilient nation will be successful.

Among the highlights of yesterday’s event was the collaborative effort of sapling planting by Cabinet Ministers. The gesture served as a symbol of their commitment and determination in leading the action to address climate change.

This year, 26,000 trees are expected to be planted across ministries as the government acknowledges that it is crucial to preserve the country’s forest to maintain the carbon sequestration capacity.