Kicking off after a long hiatus

The local football scene took a hit when the country went into lockdown last year to combat the COVID-19 pandemic. Matches and tournaments were cancelled, teams couldn’t meet for practices, and players found themselves deprived of the national pastime.

The nine teams had drawn ballots for the league bracket and the first fixture, Liang Lumut Belait Soccer Team vs Tanoshi FC, was played on Sunday, under new rules and regulations adapted as measures against the COVID-19 pandemic.

“For the first three months following the hiatus, we really had a hard time maintaining our schedule,” he said to the Bulletin, adding they became inactive soon after. 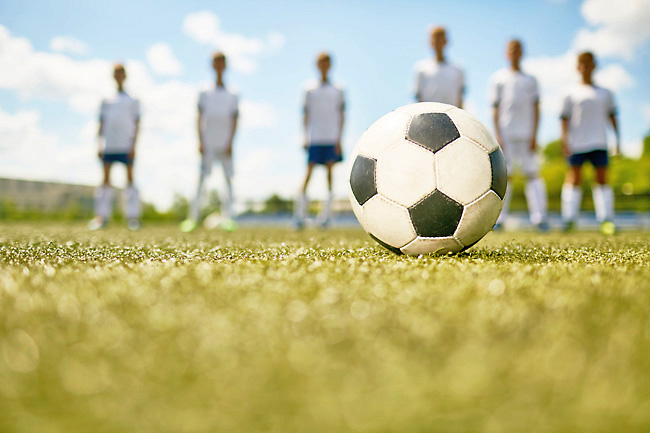 Following the Ministry of Health’s directive of de-escalation, the team was able to get back together but had very little time to get back their rhythm before their first match.

“For this year’s training, it has been tight. We wanted to get back up to our usual stamina for games and matches as we didn’t play for quite sometime,” said Khairul. “But Alhamdulilah, we were able to regain our momentum and train back to our expectations.”

The period without the annual football league was a challenging time for the team. He said that it dampened enthusiasm and spirit for the sport. “When the nation experienced the COVID-19 outbreak, it did a number on our morale, some felt like throwing in the towel,” he said.

It also meant that they had to recruit fresh blood and train them up to snuff.

The pandemic last year gave the sport an entirely different feel, said Khairul, and this year felt no different. “The nation will continue to adapt to the new norm, so we too, as teams must adapt to the changes,” he said.

Centre-back Zayadi bin Haji Mohammad from the Liang Lumut Belait Soccer Team shared the sentiment. “Before the pandemic, we played every day, we enjoyed the game,” he said. “But with the lockdown as well as new rules and regulations, the spirit of the game was lessened.”

It will be a challenge for each team to find and manage their strengths and weaknesses as they return to the game.

It had been an overwhelming time, said Zayadi, adding that in terms of fitness, they are still lacking when compared to pre-pandemic. Fortunately, they managed to retain some of their stamina through exercises such as jogging and hiking. He said that if they had to go into another lockdown, they would still find ways to maintain their fitness level so that came time to return to the pitch, they would be prepared both physically and mentally.

Such was their unwavering passion for football.

With the return of the league, training and play friendly games again, Tanoshi FC manager Khairul said he believed the morale is improving and the players are once again looking forward to compete.

And compete they did, when the two teams clashed in the first round of the Belait District Football League 2021, Liang Lumut Belait Soccer Team scored against Tanoshi FC, netting their first win and marking the successful return of the football league.