DPMM FC has enjoyed a string of successes in the regional scene since it joined the Singapore Premier League in 2009 – formerly known as the S League – evident with a collection of major trophies.

The Gegar Gegar men embarked on a new chapter when they left the Malaysia Super League – where they had played for two seasons – to join the S League.

The Brunei-based outfit carved its name in the history books as the first club in the league to play their home matches outside of Singapore. Foreign teams – French side Etoile FC, Korean side Super Reds and Japanese satellite club Albirex Niigata (S) – were all based in Singapore.

DPMM FC made an immediate impact in their debut season by triumphing in the Singapore League Cup. The tournament also represented their first major honour outside of Brunei and arguably their biggest achievement at the time. Under the guidance of Vjeran Simunic, DPMM FC topped Group ‘A’ despite a tough run with victories over the Singapore Armed Forces Football Club and Albirex Niigata (S).

Haji Subhi Abdillah netted the only goal in the game against Albirex Niigata (S) while goals from foreign imports Ivan Jerkovic and Hamid Berguiga as well as local star Shahrazen Said against the Singapore Armed Forces Football Club ensured they finished top of the group.

In the knock-out stage, DPMM FC defeated Geylang International 5-3 in the quarter-finals before edging Woodlands Wellington 2-1 in the last-four following goals from Ivan Jerkovic and Hamid Berguiga. 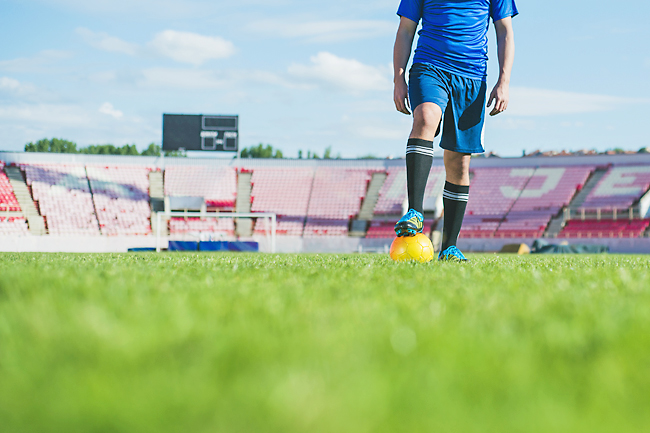 The final saw DPMM FC meet Singapore Armed Forces Football Club for the second time in the competition and the tie proved an entirely different affair from their first meeting.

Forward Aleksandar Duric had given the Singapore side a fifth minute lead but Rene Komar levelled the scores four minutes later. Penalties ensued and a miss from Razaleigh Khalik resulted in victory for DPMM FC.

However, with Brunei’s suspension from FIFA the following year, DPMM FC were not able to compete in the 2010-2011 seasons and Simunic left his role.

The Gegar Gegar men then returned to the S League in 2012, when Brunei’s suspension was lifted, and enjoyed another successful spell.

Simunic returned to the club following spells at a host of Croatian clubs including Imotski, Mosor, NK Medimurje as well as Vietnam’s Ho Chi Minh City.

He led the Gegar Gegar men to their second Singapore League Cup title and a runners-up finish in the S League – the club’s highest ever position in the league at the time.

The Croatian was credited as an influential figure who rejuvenated the club’s fortunes despite two years of no competitive football owed by the FIFA ban.

He also gained recognition among the Singapore football hierarchy after he was named as the Coach of the Year at the S League Awards Night.

This made him the first coach in DPMM FC colours to be bestowed the individual accolade which had been won by historic names in past seasons.

After an unsatisfactory campaign in 2013 when the club finished eighth, Simunic was succeeded by Steve Kean who came with a reputation as a former English Premier League manager with Blackburn Rovers.

In his first season in charge, Kean guided the club to a third Singapore League Cup title after defeating Tanjong Pagar United in the final in May 2014.

He also matched DPMM FC’s best finish in the league in second place and narrowly lost the title to Warriors FC on the last day of the season.

The club dominated in the individual statistics with goalkeeper Wardun Yussof registering the most clean sheets with seven, while striker Rodrigo Tosi claimed the top scorer award with 24 goals.

The club marked a historic moment by winning their maiden Singapore league title in 2015 – an emphatic 4-0 win at the Hassanal Bolkiah National Stadium against Balestier Khalsa sealed the title in front of a jubilant home crowd.

During the S League Awards Night, Azwan Ali became the first DPMM FC player to win the Young Player of the Year while Kean was named Coach of the Year.

DPMM FC reached their fourth Singapore League Cup final in 2016 where they fell to a 2-0 defeat to Albirex Niigata (S).

In 2017, the club finished in eighth place managing just five victories during the season.

The late Rene Weber took over as head coach a year later when he guided the club to the Singapore Cup final, their best result in the competition. Meanwhile in the league, the club-inspired by the in-form Adi Said finished in third place.

The club embarked a new chapter in their illustrious history following the arrival of Adrian Pennock as head coach and Lindsay Davis as the fitness coach.

The club benefitted immensely from the labour of their pre-season training having gone unbeaten in their first 11 games, including separate runs of four and three consecutive victories.

Following a 4-4 draw between Hougang United and Geylang International, DPMM FC were crowned champions with two games to spare.

DPMM FC were not able to defend their title last season following their withdrawal in the Singapore Premier League due to the COVID-19 pandemic. The club will also be sitting out this season, which will begin this Saturday.