Kick back and chill

The July festive season is over and, like me, you might just want to chill and relax at home after a long day, by streaming new titles and movies on Netflix, while your well-deserved rest awaits you.

Here is a compilation of some new titles and exciting movies to look out for this August.

A MODEL FAMILY
A Model Family is an upcoming South Korean series directed by Kim Jin-woo. The plot centres on Dong-Ha, a father and husband on the brink of bankruptcy as well as a divorce.

He accidentally finds money and drugs and sees an opportunity in them to make the money he needs. However, by doing that, he gets involved with the drug cartels and has to realise the importance of a model family against all the obstacles.

NEVER HAVE I EVER
This month sees the arrival of the third season of Never Have I Ever, a coming-of-age drama that first premiered in 2020 and that has been praised for its South Asian representation in Hollywood. The plot follows an Indian-American high-schooler who has to deal with the sudden death of her father. Due to psychological trauma, the main character Devi loses sensation in her legs and is unable to walk for a few months. When she finally manages to walk, she is forced to deal with her identity, grief, and school life. The bilingual theme runs smoothly through the series and serves as something to relate to. 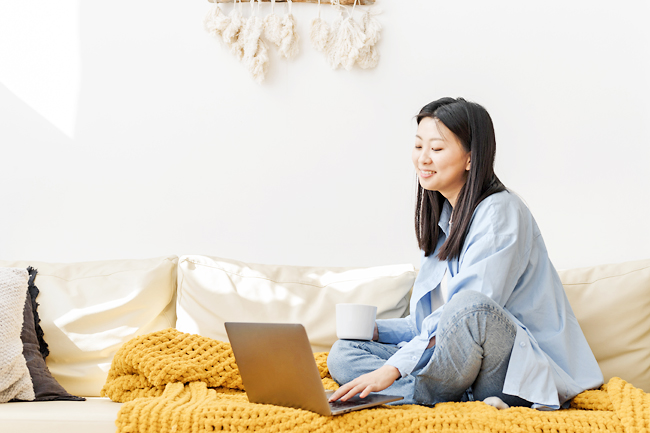 THE GIRL IN THE MIRROR
The Girl in the Mirror is an upcoming Spanish supernatural TV series that was ordered by Netflix back in 2018. It stars Mireia Oriol in the lead role as Alma, with actors such as Álex Villazán and Pol Monen accompanying her in other roles. The plot centres on Alma, who is the sole survivor of a bus accident. She wakes up disoriented and suffering from amnesia.

The series follows her path as she tries piecing the memories together to figure out what truly happened to her.

THE SANDMAN
Based on Neil Gaiman’s seminal graphic novel and starring Tom Sturridge as the King of Dreams, The Sandman tells the story of Morpheus – a recently freed man who travels across dimensions to restore his otherworldly powers. Sturridge is joined by a high-profile cast including Gwendoline Christie, Boyd Holbrook, Kirby Howell-Baptiste, and Charles Dance with voice performances from Patton Oswalt and Mark Hamill.

KLEO
This is an upcoming German crime TV series which is set after the fall of the Berlin Wall.

The plot centres around Kleo Straub, who was a former East German spy assassin and decides to get revenge on everyone who conspired to betray her. The main character enjoys the killing spree and delivers a lot of chaotic energy to the heavy plot.

EXTRAORDINARY ATTORNEY WOO
Another highlight this month is the first season of Extraordinary Attorney Woo. Twenty-seven-year-old lawyer Woo Young Woo graduated at the top of her class at the prestigious Seoul National University for college and law school. Boasting an impressive memory, a wonderfully creative thought process, and a 164 IQ score. However, due to her Asperger’s Syndrome, she still finds herself struggling in everyday interactions.

LOCKE AND KEY
Releasing its third and final season, Locke and Key is a fantasy horror series that premiered on Netflix back in 2017, based on a comic book of the same name. The plot centres on three children and their step-mother as they move in together after the father’s murder.

Living in what is called the Keyhouse, they discover a lot of keys that lead to different magical doors that eventually unlock different demonic entities. Even the demons in this TV series are pretty likable despite their manipulative and gaslighting nature.

GOOD MORNING, VERÔNICA
Also new in August is the second season of this Brazilian TV series based on a novel of the same name. In fact, the series is written by the same author, under the pseudonym Andrea Killmore. It tells the story of a married secretary, Verônica Torres, whose life gets disrupted when she witnesses a young woman’s suicide, days after getting a call from a young woman begging for help.

MOVIES
Among the titles to look forward to on the movie side of things are Rise of the Teenage Mutant Ninja Turtles: The Movie, the Jamie Foxx-starring Day Shift as well as Me Time, which is headlined by Kevin Hart and Mark Wahlberg.