PHNOM PENH (AFP) – Cambodia’s United Nations (UN)-backed court set up to try Khmer Rouge leaders finishes its work this week, ending a 16-year process that has helped national reconciliation but brought only limited solace to survivors of the genocidal regime.

The Extraordinary Chambers in the Courts of Cambodia (ECCC) will tomorrow give its judgement in the appeal by 91-year-old former head of state Khieu Samphan against his 2018 conviction for genocide and crimes against humanity.

It will be the last verdict given by the tribunal, which has cost more than USD330 million and been dogged by complaints about the slowness of its work as well as allegations of interference by Cambodia’s ruling party.

For Chum Mey, one of only a handful of survivors of the notorious S-21 torture prison, nothing will erase the trauma of the Khmer Rouge butchering his wife and four children.

“Only when I die, then I can forget everything,” Chum Mey told AFP inside S-21, once a school and now a museum chronicling the atrocities of the Khmer Rouge. Under leader Pol Pot, two million Cambodians died from starvation, torture, forced labour and mass execution – nearly a quarter of the kingdom’s population wiped out by the ultra-communist regime as it sought to create an agrarian utopia. 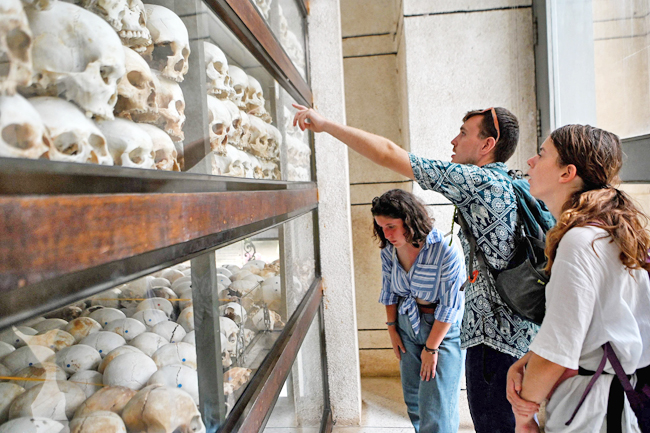