A total of 61 Muslimah from the Halaqah Ilmu Group of Kampong Mumong Surau participated in a Khatam Al-Quran ceremony at the Language and Literature Bureau (DBP) Library of Kampong Pandan yesterday.

The group organised the event as part of the Empowering Reading Culture Carnival (KMBM) held in conjunction with International Literacy Day.

The event began with the recitation of Surah Al-Fatihah, Takhtim and Doa Khatam by the participants, who were led by head representative Hajah Zaliha binti Haji Ibrahim.

The guest of honour sprinkled scented flowers and presented gifts to the participants. 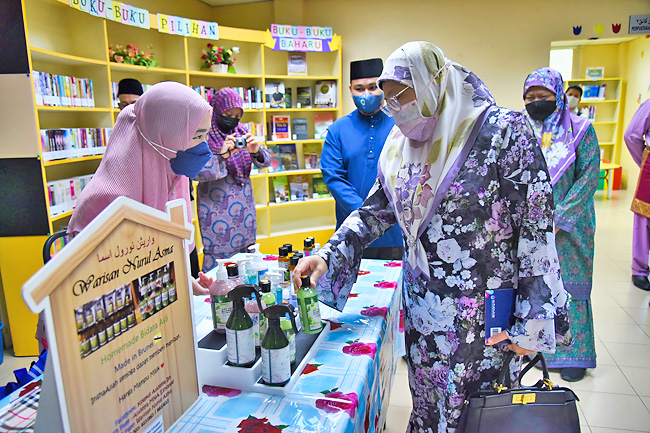 Dr Siti Norkhalbi later toured the booths and stalls set up as part of the carnival, including a host of games and activities.

Meanwhile, 13 congregants of Kampong Sungai Besar Mosque yesterday held a Khatam Al-Quran to reap multiple rewards from Allah the Almighty. It is believed that readers of the holy book will receive Syafa’at in the hereafter.

The religious event was held to glorify the mosque and foster closer ties.